SEOUL, Jan. 2 (Yonhap) -- South Korea and the United States will continue to stage their combined exercises in an adjusted manner to support efforts for the denuclearization of the Korean Peninsula, Seoul's defense ministry said Thursday.

The allies have either canceled or scaled back joint drills since 2018 to back diplomacy with North Korea.

"We've maintained our stance that combined exercises with the U.S. shall be adjusted in close coordination between the two sides in order to support diplomatic efforts for the denuclearization," ministry spokesperson Choi Hyun-soo told a regular briefing.

Asked about any plan to resume their springtime exercise that had usually been staged in March, Choi said she has "nothing to comment on the issue as of now," adding that details would be decided "in consideration of how things go."

But local media have reported that the two sides have been reviewing an option to resume a field training exercise around March this year to add pressure on North Korea.

Amid stalled negotiations with Washington on its nuclear weapons program, Pyongyang hinted at the resumption of nuclear and long-range missile tests, while warning of "a new strategic weapon" and "a shocking actual action."

The communist country has strongly denounced the allies' joint drills, claiming that such a joint maneuver is nothing but a rehearsal for invasion into the North. 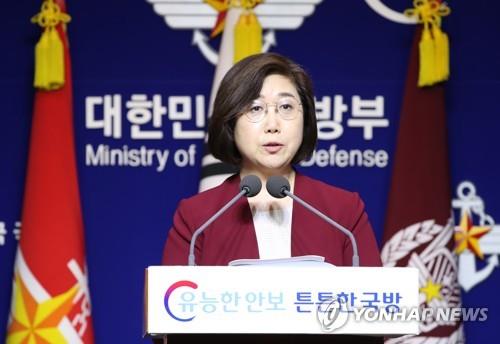