(ATTN: UPDATES with reaction from political parties from 4th para)

SEOUL, Jan. 2 (Yonhap) -- Prosecutors indicted dozens of ruling and opposition party officials Thursday for their scuffle at the National Assembly in April last year over placing a few reform bills on a "fast track."

In April, the ruling Democratic Party (DP), in collaboration with minor opposition parties, including the center-right Bareunmirae Party, fast-tracked several reform bills, including one aimed at setting up an independent unit to investigate corruption by high-ranking officials.

The move triggered strong physical resistance from the main opposition Liberty Korea Party (LKP), including Bareunmirae Rep. Chae Yi-bae being forcibly confined to his office for five hours. Following the scuffle, rival parties lodged a total of 18 complaints, including libel, against each other's lawmakers.

The Seoul Southern District Prosecutors Office said it has indicted a total of 37 party officials, including 23 LKP lawmakers and 5 DP legislators, on charges of breaching parliamentary law and causing a commotion at the National Assembly.

Among those indicted were political heavyweights such as LKP party leader Hwang Kyo-ahn and then-LKP floor leader Rep. Na Kyung-won.

Hwang and 17 lawmakers will face court trials without detention. The remaining 11 legislators whose charges were seen as relatively light will likely be fined, without going through trials.

The ruling party took issue with the prosecution's "belated" indictments, raising questions about its motive and the timing of the action.

"The prosecution service has been dragging its feet in the related investigation. But as soon as a new justice minister was appointed, timed with the passage of the probe unit bill, the prosecution belatedly filed charges," Lee Hae-sik, DP spokesman, told a press briefing. "We cannot help raising doubts about its intent."

Lee claimed the prosecution unfairly indicted DP lawmakers and officials as a "retaliatory" response to the legislative passage of the bill on the corruption agency.

Hwang, meanwhile, said that violence occurred in the process of the LKP resisting an "illegal" act to place the reform bill on a fast track.

"A resistance against illegality is not guilty," Hwang told reporters while visiting the southern city of Pohang.

"We will argue for innocence as to details about indictments," he said. 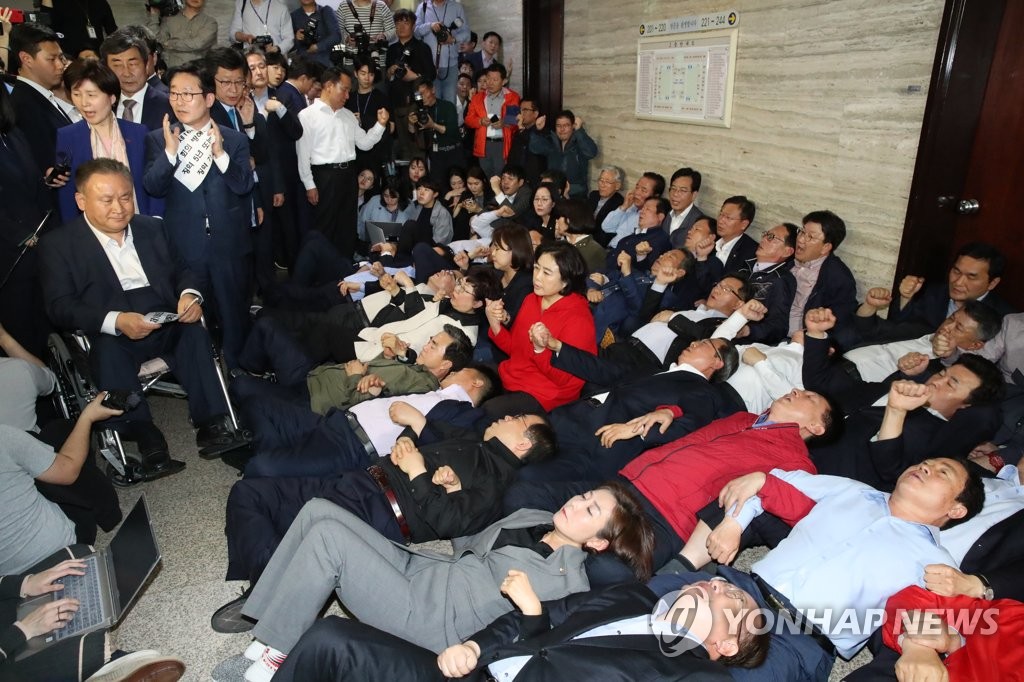