SEOUL, Jan. 2 (Yonhap) -- A Seoul court on Thursday rejected a request for a warrant to arrest a conservative pastor for his alleged role in a violent anti-government rally.

Prosecutors had requested the Seoul Central District Court detain Jun for allegedly inciting violence during a mass rally on Oct. 3 calling for the resignations of President Moon Jae-in and then-Justice Minister Cho Kuk.

Jun, chief of the Christian Council of Korea and a coalition of conservative groups that organized the rally, is suspected of instigating protestors to use violence against police when they marched toward the presidential office Cheong Wa Dae in central Seoul.

Hundreds of thousands gathered in Gwanghwamun Plaza on Oct. 3, where speakers blared anti-government slogans targeting the liberal administration, such as "Seize Cheong Wa Dae" and "Arrest the president."

Some 40 participants, including defectors from North Korea, were arrested at the scene for kicking and punching police officers while marching toward the presidential office.

Jun has denied there was any violence during the rally.

Speaking to reporters ahead of the arrest warrant hearing, he said the rally was "not violent," adding he hopes the judiciary "will help his patriotic activities going forward."

The pastor, meanwhile, faces a separate police probe for allegedly inciting a rebellion and illegally collecting donations during the rally. 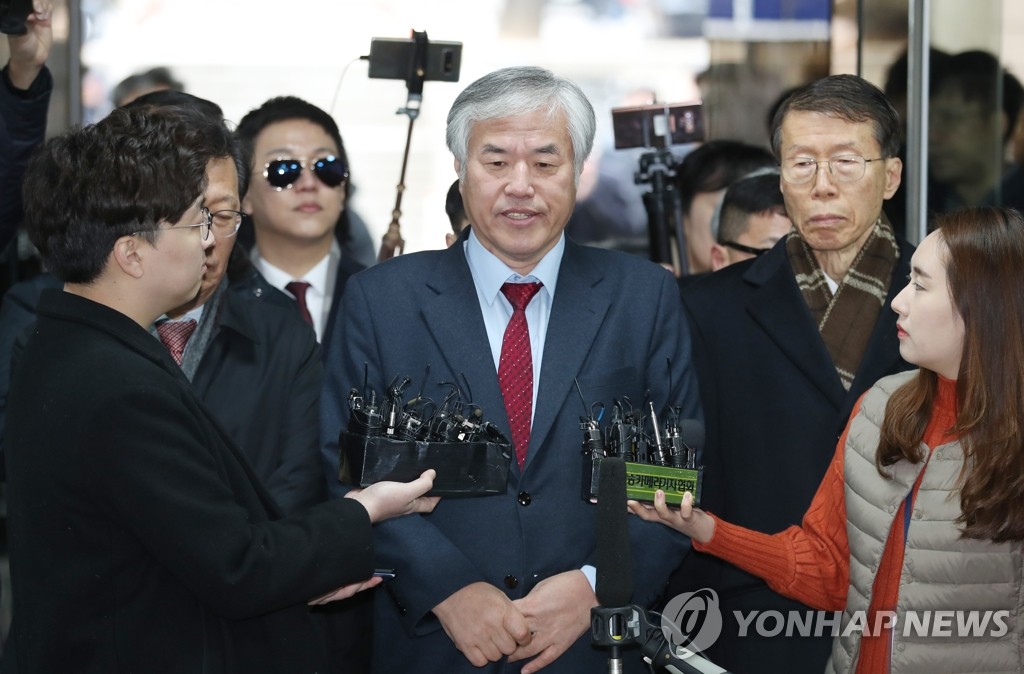