SEJONG, Jan. 2 (Yonhap) -- South Korea's economy is expected to show signs of recovery this year on the back of a trade truce between the United States and China, and a rebound of the global economy, Finance Minister Hong Nam-ki said Thursday.

"This year, the nation's economy is expected to show signs of an economic recovery," Hong said at the ministry's staff meeting for the new year earlier in the day.

With the government of President Moon Jae-in having passed the halfway point last November, Hong called for ministry officials to make efforts for people to "experience the achievements of economic policies."

"We must achieve an economic recovery and revive the momentum of a rebound," Hong said. 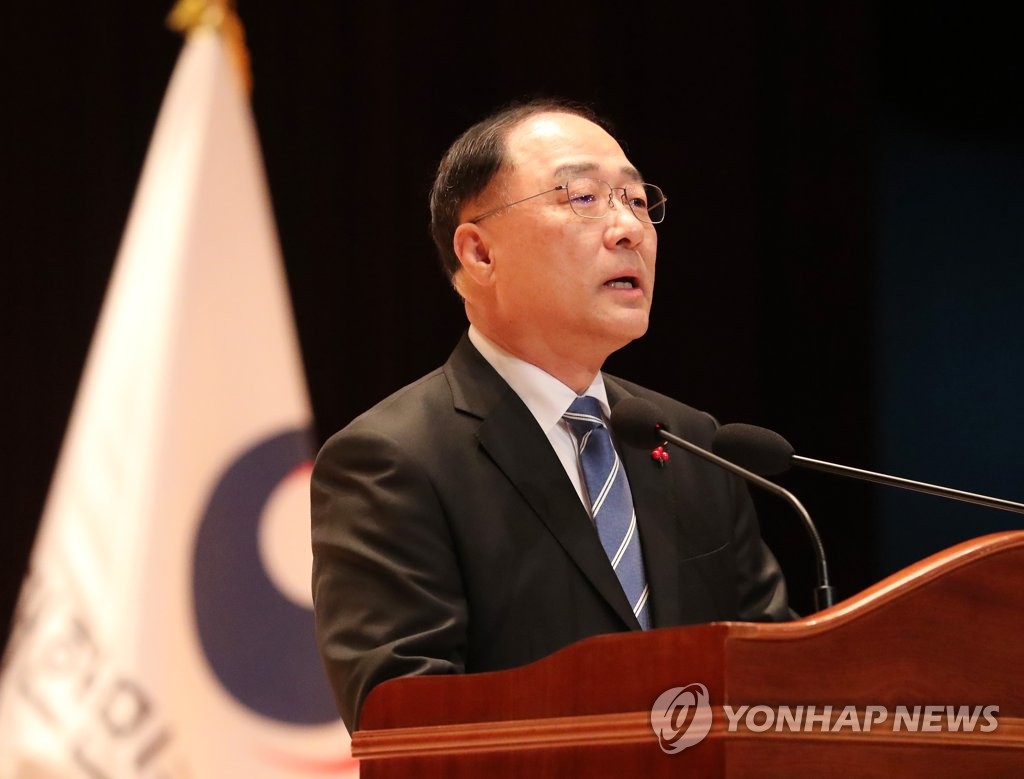 Asia's fourth-largest economy is predicted to have suffered its weakest annual growth in a decade last year, hit by a lengthy U.S.-China trade war and a cyclical slump in the memory chip sector.

To lift the momentum of an economic recovery this year, the government pledged that 100 trillion won (US$86.5 billion) worth of investment will be made through large-scale corporate projects, public sector projects and private investments.