"Our past performance doesn't guarantee success in the future," Lee said. "We must get rid of wrong thoughts and customs and move forward to explore a new future." 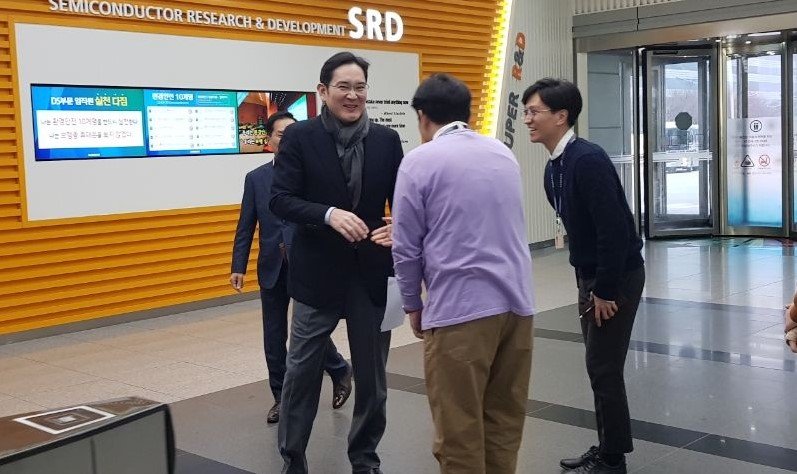 Industry insiders said Lee's visit to the chip research center shows his determination to make the company a leading player in the system chip sector, in addition to the memory chip market.

Samsung is currently the world's largest producer of memory chips, including NAND flash and DRAM chips.

But in a bid to catch up with rivals in the non-memory sector, Samsung announced in April last year that it will invest 133 trillion won (US$114 billion) by 2030 to expand its non-memory and foundry business to take the top spot in the high-tech industry.