The so-called super-BRT project is designed to provide a subway-level transport service by securing exclusive roads and priority traffic signals.

The proposed system also contains features, such as off-board fare collection, heating and air conditioning, as well as free Wi-Fi service at buses and bus stops, according to the Ministry of Land, Infrastructure and Transport.

Under the pilot project, the average speed of a bus is 35 kilometers per hour, it said.

The project is an upgraded version of the current BRT services that are in operation in Seoul and 23 other areas. Most of the ordinary BRT services have only designated bus-only lanes. 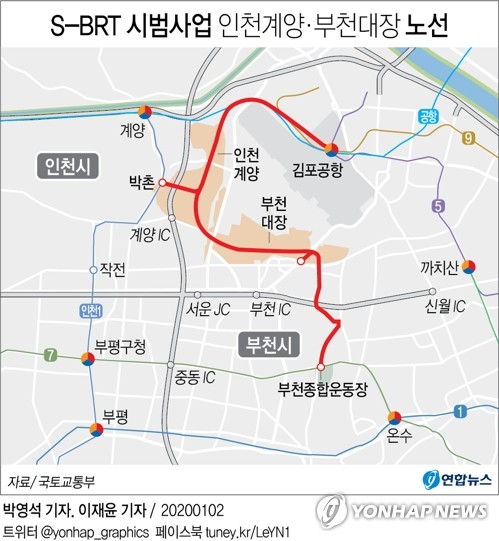