The sales results are mainly the result of lower demand in China, the world's biggest automobile market, and emerging markets amid slowing growth and uncertainties surrounding a yearlong trade battle between China and the United States. 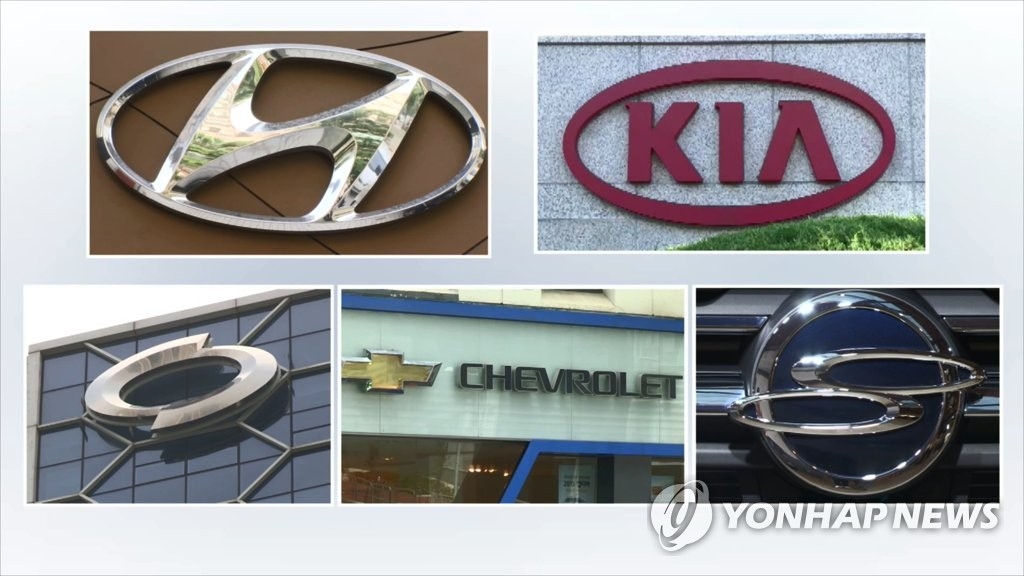 In 2019, the carmakers' overall domestic sales slid 0.8 percent to 1.53 million vehicles from 1.55 million the previous year. Their overseas sales declined 4.5 percent to 6.39 million from 6.69 million over the cited period, the data showed.

Their domestic sales rose 0.7 percent to 1.26 million last year from 1.25 million the previous year, helped by robust sales of new models, such as the Palisade sport-utility vehicle and the Grandeur sedan. But their overseas sales fell 3.5 percent to 5.93 million from 6.15 million during the same period.

Looking ahead, Hyundai and Kia are aiming to sell 4.58 million and 2.96 million autos, respectively, in 2020 by launching several all-new models in major markets.

"With a prolonged economic slowdown, an extended trade war between the world's two biggest economies and spread of protectionism in major trading partners seen as major challenges, we will focus on improving profitability based on competitive models," Hyundai said in a statement.

However, Hyundai Motor Group remains concerned about the Chinese market as the company doesn't expect demand for its vehicles to perk up for the time being. It plans to continue to launch more customized models in the market this year.

In China, Hyundai and Kia suffered declining sales due to tougher competition and lack of new models, though political tensions between Seoul and Beijing caused by the deployment of an advanced U.S. missile defense system, called THAAD, in South Korea in 2017 have since eased.

In the second quarter of 2019, the carmakers reorganized their production lines in China to avoid any excessive inventory amid sluggish sales.

Hyundai shut down its No. 1 Beijing plant, one of five in China whose combined capacity is 1.65 million vehicles. Kia also halted production at one of its three plants whose capacity is 890,000 units.

Three other carmakers reported declines in both domestic sales and exports last year.

Renault Samsung was the worst performer. Its sales plunged 22 percent on-year to 177,450 units due to lack of new models and continued labor disputes.

Renault Samsung and its union have yet to sign a wage deal for the year of 2019. The union has staged strikes in protest against the company's wage freeze proposal.

In October, the company reduced production at its sole plant in Busan, 454 kilometers south of Seoul, due to declining sales and a lack of a new vehicle for exports.

It also offered a voluntary retirement program, the first since 2012, to its 1,800 employees in September, but only a few dozen workers applied.

Renault Samsung had produced about 100,000 Rogues at the Busan plant for export on a manufacturing contract with Nissan. But Nissan cut its output allocation to the plant to 60,000 from 100,000 early last year due to output losses caused by the union's strikes.

GM Korea's sales declined 9.9 percent to 417,226 last year from 462,871 a year ago due to weak demand for its models, such as the midsized Colorado pickup truck and the Traverse SUV brought from the U.S. last year.

SUV-focused SsangYong Motor's sales fell 5.6 percent to 135,235 from 143,309 during the cited period as customers chose models from bigger rivals, such as Hyundai and Kia, over its SUVs, like the Tivoli SUV.