The 61-minute film, titled "Will Forever Walk, the March of Mount Paekdu," began with Kim Jong-un and his wife, Ri Sol-ju, riding white horses up the mountain that sits on the border with China. 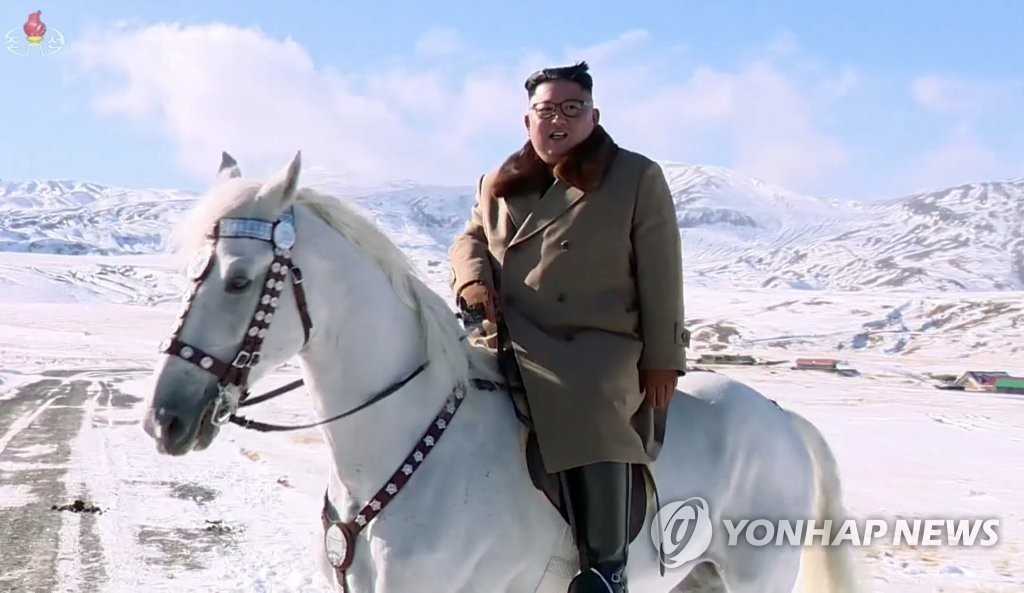 Mount Paekdu is considered sacred in North Korea as it is said to be the birthplace of Kim's late father, Kim Jong-il, and the place of anti-imperialist struggle by his late grandfather and North Korea founder Kim Il-sung.

"Even after tens and hundreds of generations and even if our ordeals stack, the only thing we must hold fast to and look up to is the Paekdu bloodline," said the documentary aired, and possibly filmed, by Korean Central Television.

Kim Jong-un has annually visited Mount Paekdu at least since 2013, two years after he took power.

His latest trip to the highest peak on the Korean Peninsula was made late last year, according to reports by the North's state media.

The new documentary also featured footage of the late North Korean founder, who said, "Should I fail to fulfill this sacred task, my son will do so, and even if my son fails, we will complete this task in the end even if we must wait until my grandson's generation."
(END)