(ATTN: UPDATES with more remarks by Esper, Milley in paras 8-11)
By Lee Haye-ah

Kim made the remark in a New Year's message that expressed his frustration over stalled denuclearization talks with the U.S. Experts have said the "strategic weapon" Kim said the world will see in the near future could be an intercontinental ballistic missile. 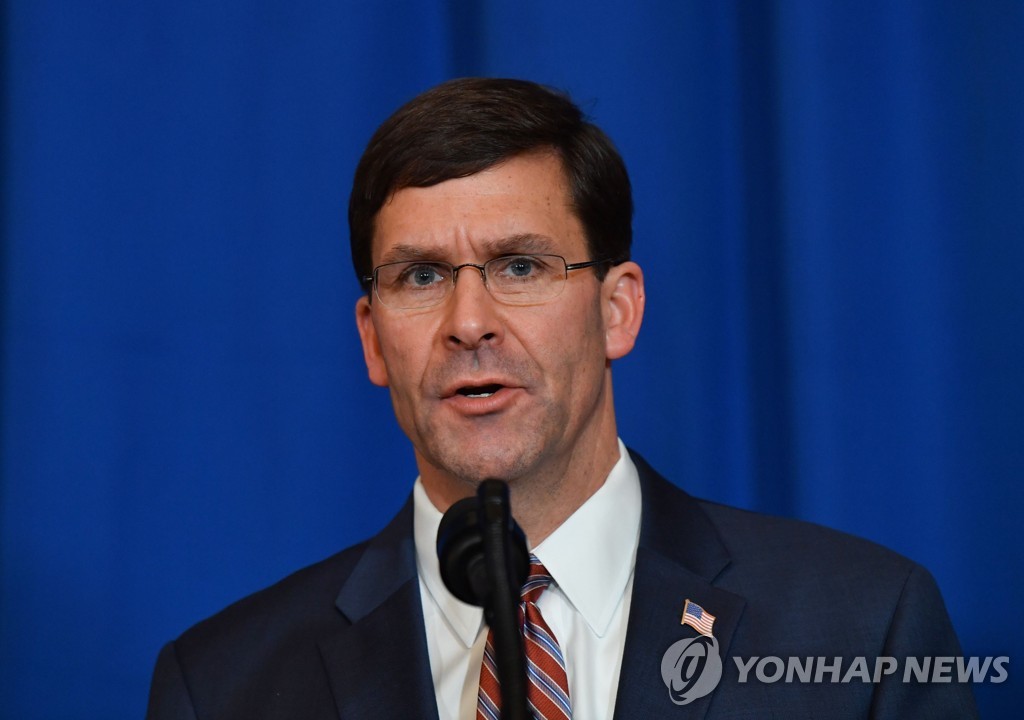 Speaking to reporters at the Pentagon, Esper also said the U.S. has been monitoring the situation very closely but would not say whether there have been indications of an imminent test or launch.

"I obviously don't talk about intelligence matters," he said.

"Our military defensive capabilities are adequate to defend the homeland." he added.