SEOUL, Jan. 3 (Yonhap) -- Though it may seem unlikely that he will land a major league deal by the fast-approaching deadline, posted South Korean slugger Kim Jae-hwan will not withdraw himself from the open market, his agent said Friday.

Kim Pyung-ki of Seoul-based agency Sportizen said there will be no turning back for his client, who must agree to a contract by 5 p.m. Eastern Time on Sunday, or 7 a.m. Monday Seoul time. If he can't sign a deal this time around, Kim Jae-hwan won't be eligible to be posted again until November and must return to his original Korea Baseball Organization (KBO) club, the Doosan Bears. 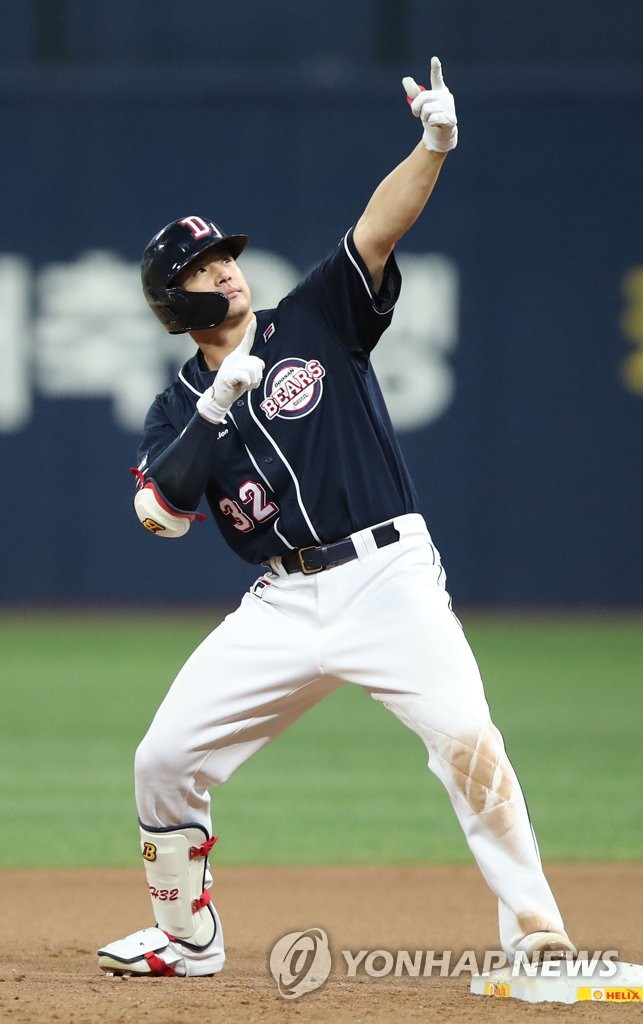 Kim Jae-hwan, the 2018 KBO regular season MVP, was posted on Dec. 5 last year, and the 30-day negotiating period began the following day. All 30 big league clubs are free to talk to the 31-year-old outfielder/designated hitter.

"From the beginning, we expected this to go down to the wire," the agent told Yonhap News Agency. "We still have a couple more days, and there have been deals signed at the last minute. Let's see what happens."

Another South Korean player, left-handed pitcher Kim Kwang-hyun, was posted on the same day, and he signed with the St. Louis Cardinals on Dec. 17. Kim Jae-hwan, on the other hand, has yet to generate much buzz. He's represented in the United States by Creative Artists Agency (CAA) Sports.

An informed source told Yonhap News Agency on Thursday that the Miami Marlins were in on Kim and asked their South Korean contact on Dec. 20 for video of the player and additional data.

The source said the Marlins, who don't have a scout based in South Korea, seemed lukewarm in their response after watching footage of Kim in action.

And the Marlins have also reportedly lost interest in Kim after signing another outfielder, Corey Dickerson, last weekend. 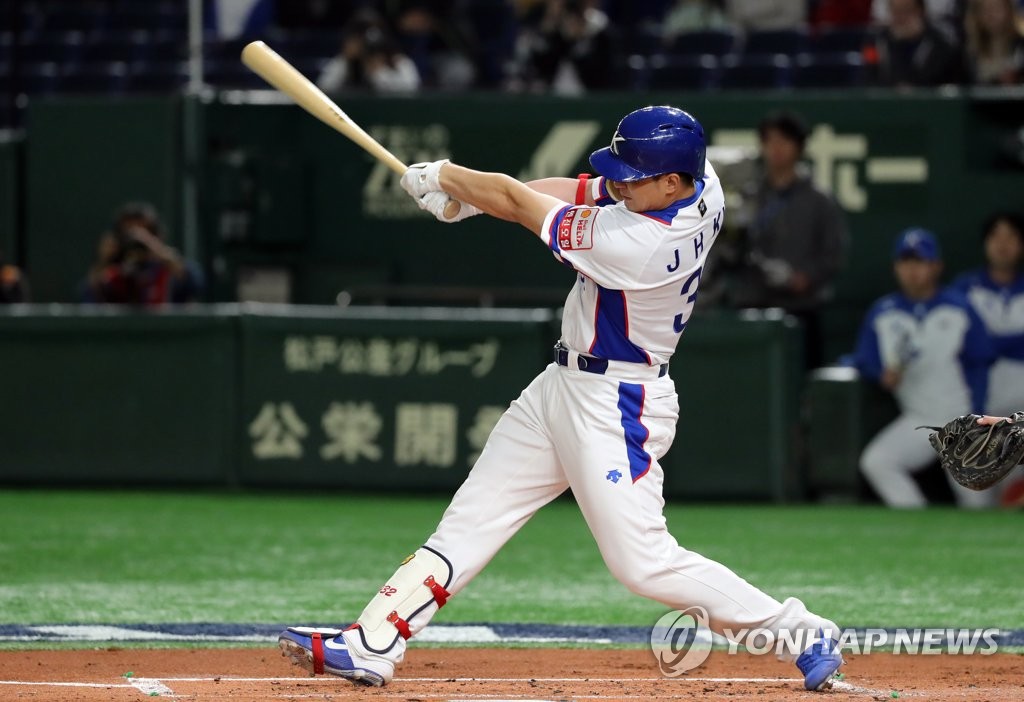 Kim came out of blue to enter the open market via posting, which left surprised major league scouts without detailed reports on the player that they could send to their clubs.

To be eligible for posting, KBO players must complete seven full seasons or their equivalent. One full season equates to 145 days spent on the active roster. Kim, who made his debut in 2008 but only became an everyday player in 2016, had fallen 47 days shy of his seventh full season at the end of the 2019 season.

But Kim received 60 bonus days of service time from the KBO in November, after helping South Korea finish in second place at the World Baseball Softball Confederation (WBSC) Premier12 tournament and qualify for the 2020 Olympics. As soon as he gained his posting eligibility, Kim asked the Bears to post him.

Kim Pyung-ki, the agent, said the opportunity for his client to knock on the big league door came one year earlier than expected and the player wasn't going to waste it.

Late last month, one posted player from Japan, Ryosuke Kikuchi of the Hiroshima Carp, took himself off the open market a few days before the major league-mandated deadline and agreed to a new four-year deal with the Carp.

But doing the same isn't an option for Kim Jae-hwan, the agent said.

"If you look back on some of the contracts signed through posting, the last few days turned out to be important," the agent added. "We've felt all along that, if we were to sign a deal, we were going to do it during the final week."