SEOUL, Jan. 3 (Yonhap) -- Air Force Chief of Staff Gen. Won In-choul oversaw an air patrol mission while flying a fighter jet on Friday in a show of his commitment to maintaining a staunch defense posture in the new year, his office said.

Aboard an indigenous FA-50 fighter jet, Won commanded a formation flight over southern South Korea near the Nakdong River. The areas Won flew over were fierce battlefields during the 1950-53 Korean War.

"The flight mission was intended to show our strong willingness to build a mighty power to support the establishment of a lasting peace on the Korean Peninsula, as this year marks the 70th anniversary of the outbreak of the Korean War," the Air Force said in a release.

Visiting the 16th Fighter Wing in the southeastern county of Yecheon, Won was also briefed on their missions and checked the readiness posture.

"A practical level of education and training is a must in order for pilots to best respond to any situations in contingencies," Won said, calling for their utmost effort to fulfill missions of defending territorial airspace in the new year.

Last year, the Air Force began to introduce key strategic weapons of F-35A stealth fighters and Global Hawk unmanned aircraft. Additional units, which are expected to further enhance its capabilities, are to arrive here this year, according to the service. 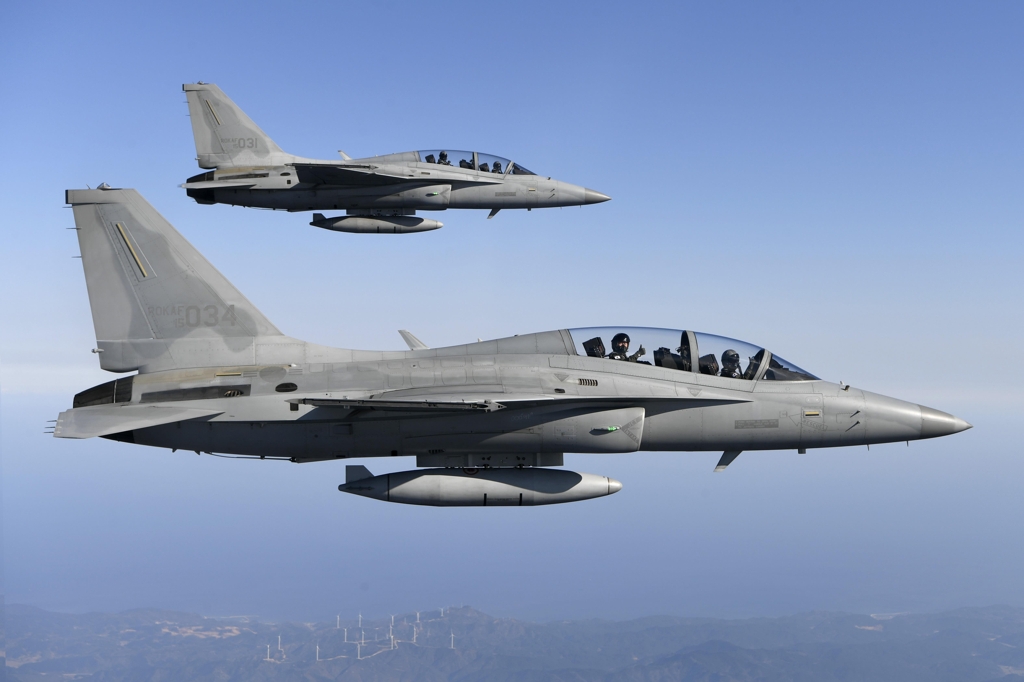