Exports of local snack products were tallied at US$43.14 million in 2018, up from $41.6 million tallied a year earlier, according to data compiled by the Korea Agricultural Trade Information. Last year's tally was not available at the moment, but the figure is surely to have surpassed the previous year's performance.

The growing preferences for newly developed Korean snacks are part of ongoing interest in South Korea and its pop culture, K-pop, dubbed the Korean Wave. 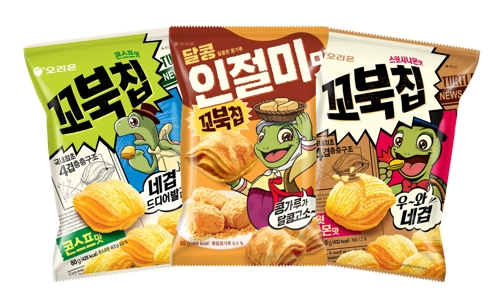 For years, major Korean confectionery companies have increasingly set their sights on a wider market after seeing robust growth in the United States, China and Southeast Asia.

More than 60 million packs of Kkobuk Chip, four-layered crispy chips, were sold in China in the year after it debuted in 2017, the company said.

The company attributed the popularity of Kkobuk Chip to the crispiness that comes from four thin chips overlapping each other which was the outcome of eight years of R&D with a 10 billion-won budget. 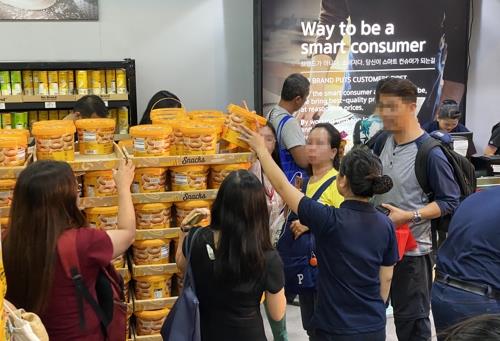 The second outlet will be located in the city of San Pedro, in addition to the first outlet in the capital city of Manila, company officials said.

"The top eight best-selling items are all snacks, with snack sales accounting for 40 percent of the Manila outlet," said Kong Jae-hoon, an E-Mart official.

Another major player, GS Retail, said it is making inroads into 17 Asian countries after successfully opening its convenience store chain GS25 in Vietnam.

PB snacks with flavors, such as "injeolmi" -- Korean traditional rice cake made with bean flour -- and "tteokbokki" -- Korean rice cakes in a spicy sauce -- are best-sellers in the Vietnamese outlets, GS Retail said.