SEOUL, Jan. 3 (Yonhap) -- Incoming Justice Minister Choo Mi-ae on Friday pledged to reform the prosecution, often criticized for wielding excessive power, in what she called the "demand of the times."

"Reforming the prosecution, which is (seen) as the most difficult (task), has become a demand of the times that nobody can resist," Choo said in her inaugural speech at the ministry building in Gwacheon, south of Seoul.

"(We) have to become the 'priming water of reform' that will not only align the (relevant) enforcement ordinance but also change the organizational culture and customs from their roots," the judge-turned-lawmaker said.

Referring to President Moon Jae-in's comment citing the justice minister as the "final supervisor" of the state prosecutors' office work, the veteran lawmaker also pledged to speed up the "democratic control" of the prosecution to recover the public's trust. 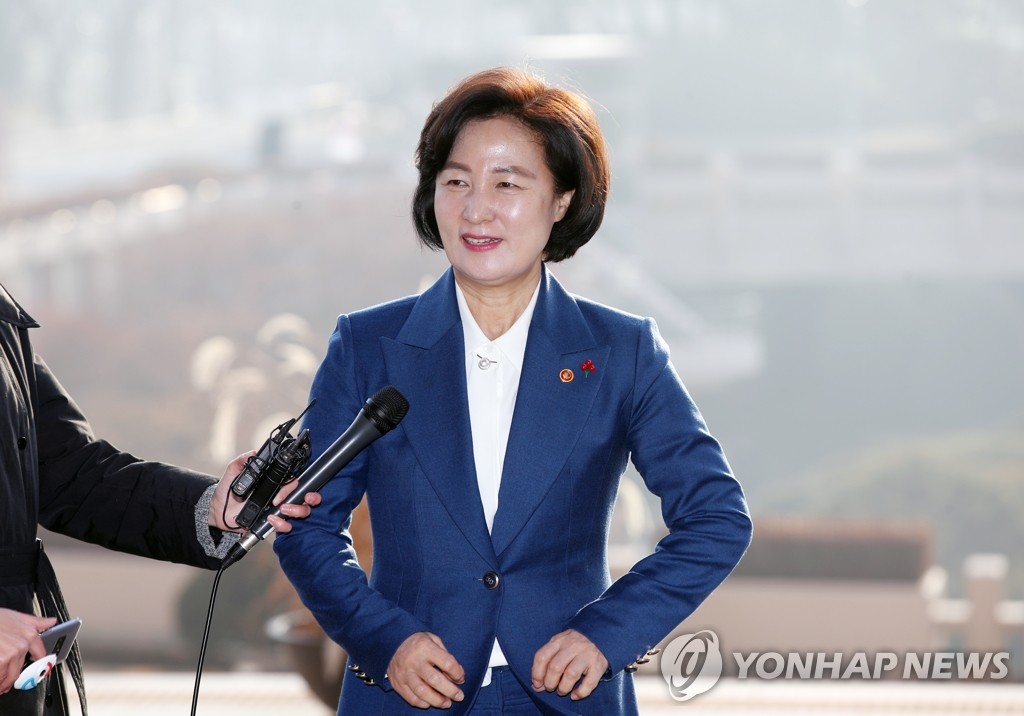 Choo's speech comes a day after Moon conferred a letter appointing the five-time lawmaker as justice minister, a post that has been vacant for more than two months since her predecessor Cho Kuk stepped down.

Moon pinned hopes on the new justice minister to take forward his bid to reform the prosecution that critics claim wields excessive investigative power compared with the police.

Choo's appointment is widely expected to add momentum to the liberal administration's prosecution reform drive that has made dramatic developments recently.

Despite fierce opposition from the main opposition Liberty Korea Party, the National Assembly in December passed a bill on establishing an independent unit tasked with probing corruption charges against high-profile public officials.