SEOUL, Jan. 3 (Yonhap) -- Incoming Justice Minister Choo Mi-ae on Friday vowed to reform the prosecution in what she called "the demand of the times," adding momentum to President Moon Jae-in's key bid to revamp the organization often criticized for its monopoly on investigative power.

"Reforming the prosecution, which is (seen) as the most difficult (task), has become a demand of the times that nobody can resist," Choo said in her inaugural speech at the ministry building in Gwacheon, south of Seoul. 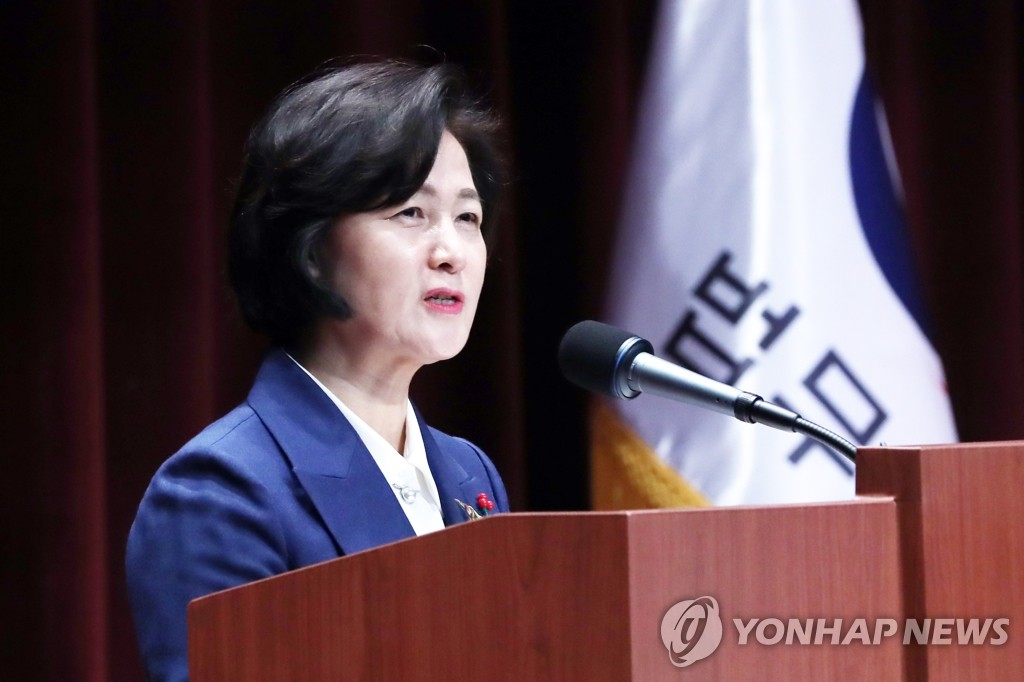 "(We) have to become the 'priming water of reform' that will not only align the (relevant) enforcement ordinance but also change the organizational culture and customs from their roots," the judge-turned-lawmaker said, pledging to take follow-up measures on a recent reform bill passed at the National Assembly.

Calling "reform" and "fairness" the "spirit of the times" as well as the backbone of the Moon administration, Choo said she will support the values by taking action such as tightening "democratic control" of the prosecution to recover the public's trust.

Choo's speech comes a day after Moon conferred a letter appointing the five-time lawmaker as justice minister, a post that has been vacant for more than two months since her predecessor Cho Kuk stepped down amid a prosecution probe into his family's alleged academic fraud and financial wrongdoing.

Moon pinned hopes on the new justice minister to take forward his bid to reform the prosecution that critics claim wields excessive investigative power compared with the police.

The new justice minister, known for her nickname "Choo d'Arc" deriving from the strong-willed heroine Joan of Arc, is widely expected to accelerate the liberal administration's prosecution reform bid that has recently gained momentum. 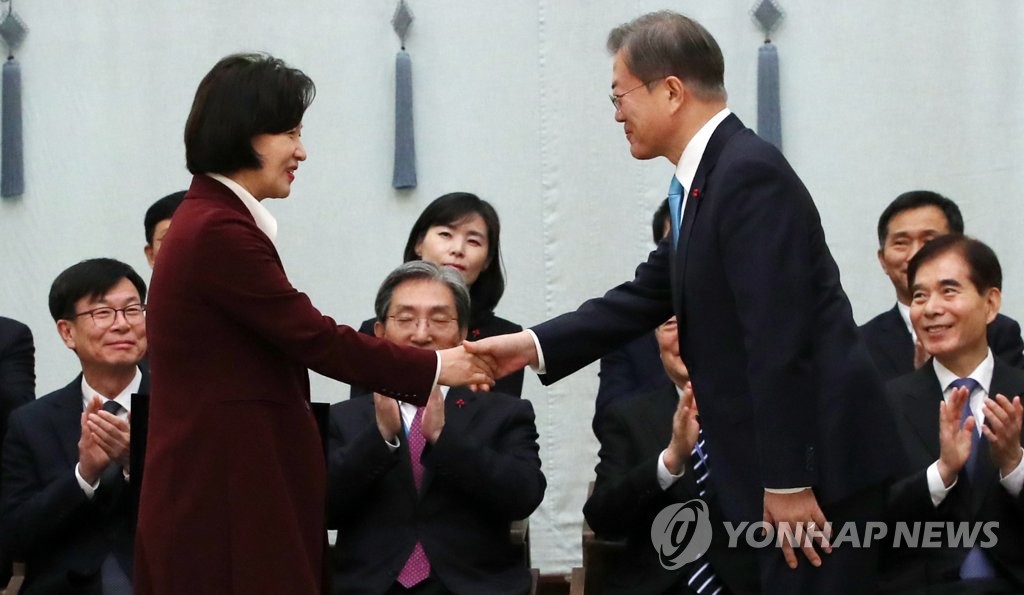 Despite fierce opposition from the main opposition Liberty Korea Party, the National Assembly in December passed a bill on establishing an independent unit tasked with probing corruption charges against high-profile public officials.

As part of the prosecution reform drive, the parliament is expected to handle two other bills in the next few weeks that will grant police more investigative rights.

The ruling Democratic Party welcomed the decision, calling her "the right person" to spearhead the prosecution reform and stabilize the justice ministry and relevant organizations.

The main opposition Liberty Korea Party, however, claimed the move was intended to weaken the prosecution and cover up high-profile investigations.

Some incumbent and former presidential officials are suspected of conspiring to help Moon's close friend, Ulsan mayor Song Cheol-ho, win the mayoral race in the southeastern city in 2018 and of covering up an inquiry into a bribery case of a Busan vice mayor.

The probes have blown up into major cases involving multiple raids at government offices, including the presidential office and the finance ministry. Key figures, including former Justice Minister Cho, have also been questioned in relation to the allegations.