SEOUL, Jan. 3 (Yonhap) -- North Korea's official newspaper said Friday that any attempt to infringe upon the communist state's dignity and survival should be met by an "immediate and powerful" strike, calling for all-out efforts to build up its national defense capability.

North Korean leader Kim Jong-un threatened at a key party meeting in late December that the world will soon witness a "new strategic weapon," and warned of a "shocking actual action," accusing the United States of stalling for time for its own poltical interests.

Kim said that he sees no reason to stick to his commitment to suspend nuclear and long-range missile tests and that there will never be denuclearization of the Korean Peninsula until the U.S. rolls back its hostile policy against Pyongyang.

"An action that would violate our republic's dignity and survival should be met by an immediate and powerful strike," the Rodong Sinmun, the official newspaper of the North's ruling party, said in an editorial.

"(We) should maintain invincible military power and beef it up," the paper said. "It is the core initiative of our party's national defense building to make no one dare to think about using military power against us. We should marshal all resources of our country for defense-building efforts."

The paper said that it is stupid to try to barter away national dignity, security and the bright future of the country for food and money, reiterating Kim's party meeting remarks.

"Current situations are making it a fait accompli to continue to live under sanctions imposed by hostile powers," the paper said. "It is an act of stupidity to barter away our national dignity, security and vibrant progress and development and glorious future for rice and money."

"History has proved that normal economic development is impossible without rendering sanctions useless ... We have found our own way to solve the problems of eating and wearing though we might not be able to turn things splendidly from an economic point of view."

The paper also urged stepped-up efforts to build a "self-reliant" economy, saying that making a "frontal breakthrough" to counter sanctions is a struggle highly likely to prevail. 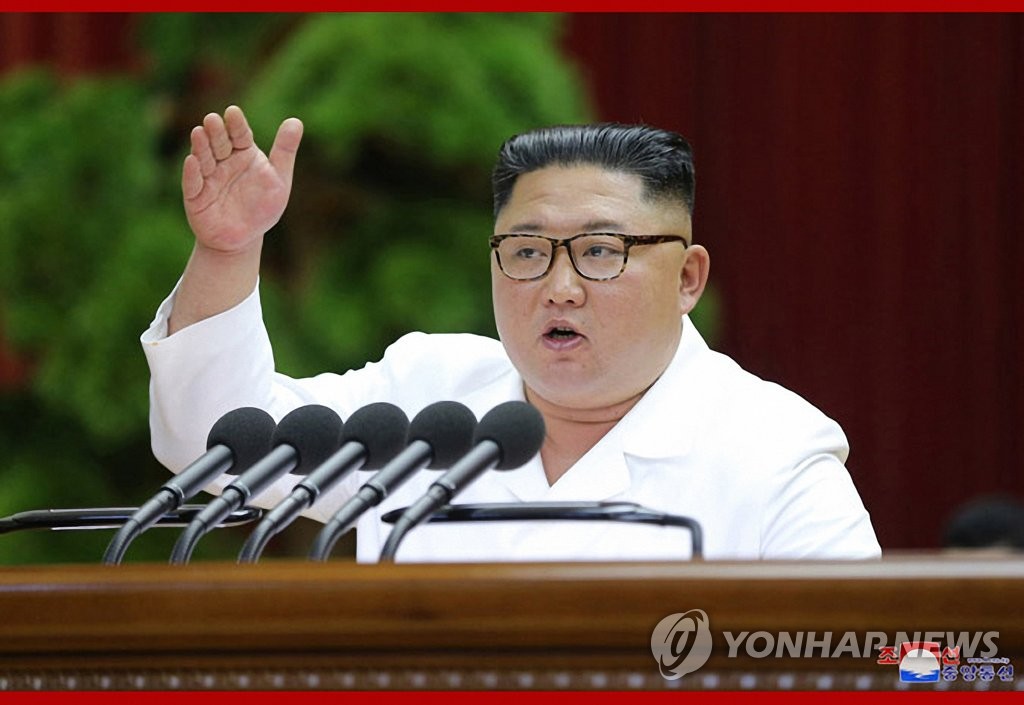