SEOUL, Jan. 3 (Yonhap) -- The head of South Korea's central bank on Friday called for efforts by the financial industry to prepare for the fourth industrial revolution, as well as imminent demographic changes that he said will increasingly become bigger and more serious.

"It is not easy to predict changes that will come over the next decade. But it is easy to expect that the impact of changes in population and technological developments will become much greater while this trend of a new normal continues," Bank of Korea (BOK) Gov. Lee Ju-yeol said in a New Year's meeting with top officials from the government and financial industry. 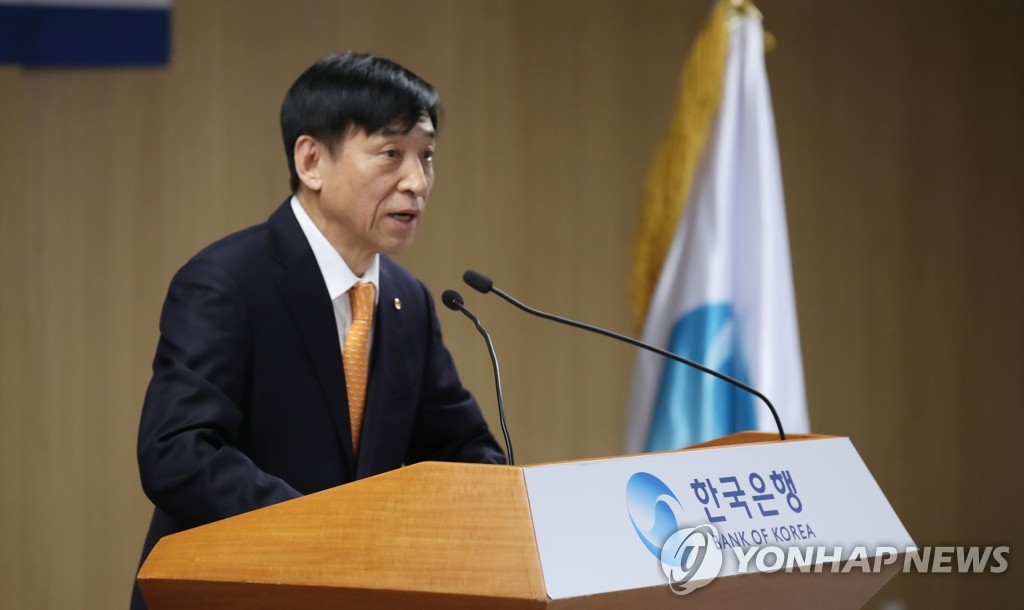 "Such changes will also have a considerable impact on the future of the financial industry," he said.

Lee insisted the aging of society and a decline in population will continue to become more serious.

"Changes in demographics, such as a decline in population and the fast aging of society, will have an impact on the whole economy and nation that will become more and more visible," he said at the meeting.

For instance, he said, how the elderly manage and spend their life savings may "drastically" change the future of not only the financial industry but the entire economy.

"The financial industry must play the role of opening the sluice so the accumulated resources can be used to enhance our growth engine," Lee said.

South Korea is one of the world's fastest aging societies, while it also has one of the lowest birth rates.

In 2067, the country's population is expected to shrink to 39.3 million from the current 50 million, with the number of people aged 65 years or more accounting for 46.5 percent of the entire population, up from an estimated 14.9 percent in 2019.

The BOK earlier noted such changes in population may undermine the country's growth potential.

The South Korean economy is estimated to have expanded 2.0 percent last year, the slowest on-year growth since 2009, when the local economy grew 0.7 percent.

Lee said he expected a slight improvement this year, "though the conditions surrounding Asia's fourth-largest economy will continue to remain tough."

The central bank has estimated the local economy to grow 2.3 percent in 2020.