SEOUL, Jan. 3 (Yonhap) -- The Navy resumed the operation of AW-159 naval helicopters on Friday, about a month after they were grounded since one of them showed signs of a malfunction during a flight.

In November, one of the shipborne, anti-submarine choppers named Wildcat made "a preventive landing" during patrol operations after a slight vibration was detected.

The investigation found that one of its components, called a rotor vibration damper, was dysfunctional because of a fatigue crack that developed due to unidentified causes, the Navy said, adding that all the remaining choppers did not have such problems.

"After inspections, we resumed the operation of the seven choppers as of 10 a.m. starting with test flights," a Navy officer said.

"We will continue to carry out an investigation into what caused the part to be broken along with the manufacturer," he added. 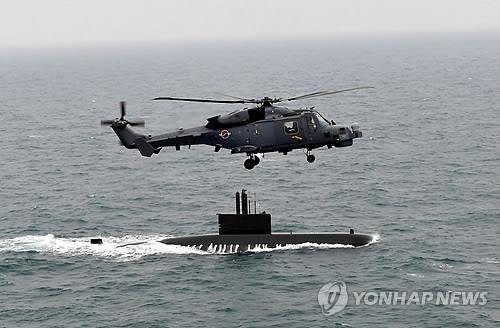