SEOUL, Jan. 3 (Yonhap) -- Starting next week, South Korean men's and women's national volleyball teams will try to accomplish something they haven't done in 20 years: qualify for the Olympics together.

Both teams will compete in their respective Asian qualifying tournaments, scheduled to run from next Tuesday to Jan. 12. The men's tournament will be held in Jiangmen, China, and the women's competition will be played in Nakhon Ratchasima, Thailand. Only the winners of those two events will get to compete at the 2020 Tokyo Olympics.

South Korean men last competed in Olympic volleyball in 2000. The women have been more successful of late, with a top-five finish at three of the past four Olympics, including an appearance in the semifinals in London in 2012.

And the women's team, coached by Italian Stefano Lavarini, will have a better chance of qualifying for Tokyo 2020. 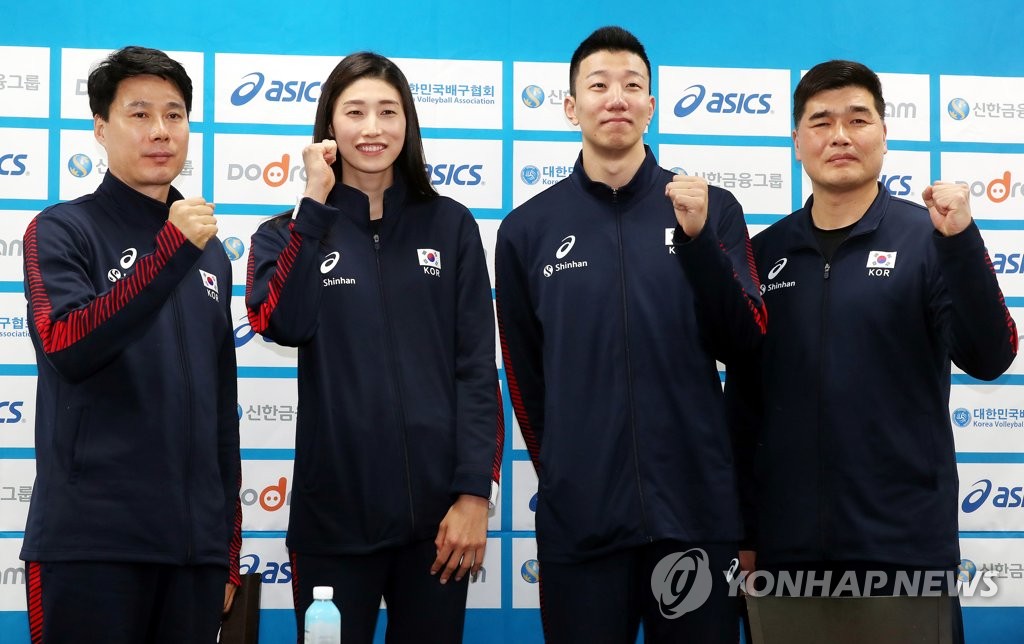 The women's qualifying event will feature seven teams, divided into two groups. South Korea is in Group B with Kazakhstan, Iran and Indonesia. Host Thailand is in Group A with Chinese Taipei and Australia.

The top two teams from each group will advance to the semifinals on Jan. 11, with the final scheduled for the following day.

South Korea, at No. 9 in the world, and Thailand, ranked 14th, are the two highest-ranked teams in this tournament, and they're expected to clash in the final with the Olympic berth at stake.

South Korea will only go as far as its star wing spiker and captain Kim Yeon-koung takes it. One of the world's premier attackers, Kim, 31, has won virtually every award and accolade that a volleyball player can claim, except for an Olympic medal.

Kim, who was named the MVP of the 2012 Olympic tournament even though South Korea failed to win a medal, could have her Olympic swan song in Tokyo, if South Korea qualifies. 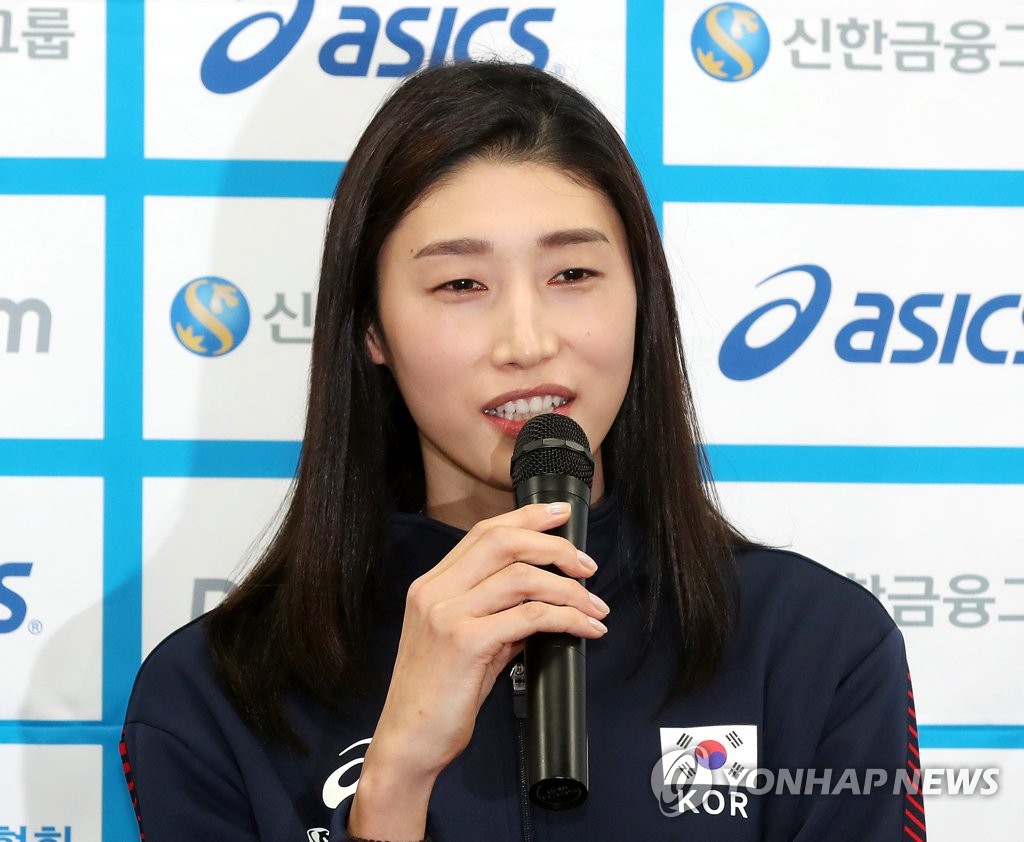 But Kim isn't about to start looking ahead, not when she knows there is a tough qualifying path in front of her and the national team.

"Since the qualifying event will be in Thailand, it's going to be that much more difficult to win the tournament (by beating Thailand)," Kim said. "I think we have the advantage in size and offense. Whoever has a powerful attack will win."

The men's side, coached by Im Do-hun, will face stiffer competition in its qualifying tournament.

South Korea, ranked 24th, is in Group B with Australia, India and Qatar. Australia is the top-ranked team in the group at No. 15.

If South Korea reaches the semifinals as one of the top two teams in Group B, it'll then have to contend with world No. 8 Iran, the top-ranked team in the qualifying tournament and the favorite to win Group A over Chinese Taipei, China and Kazakhstan.

Iran is the two-time defending Asian Games gold medalist and has beaten South Korea in nine of their past 10 meetings.

But coach Im is not daunted, saying, "We're more desperate than ever, and I think we can get past Iran."

Shin Yung-suk, captain of the men's team, said he's aware of the low expectations that fans have of his squad, and he's determined to surprise those pessimists.

"Iran may have the edge in size and power, and we'll have to be relentless and determined," Shin said. "Playing in the Olympics will be a dream come true. I'm going to feel terrible if we don't get to compete in the Olympics during my time with the national team." 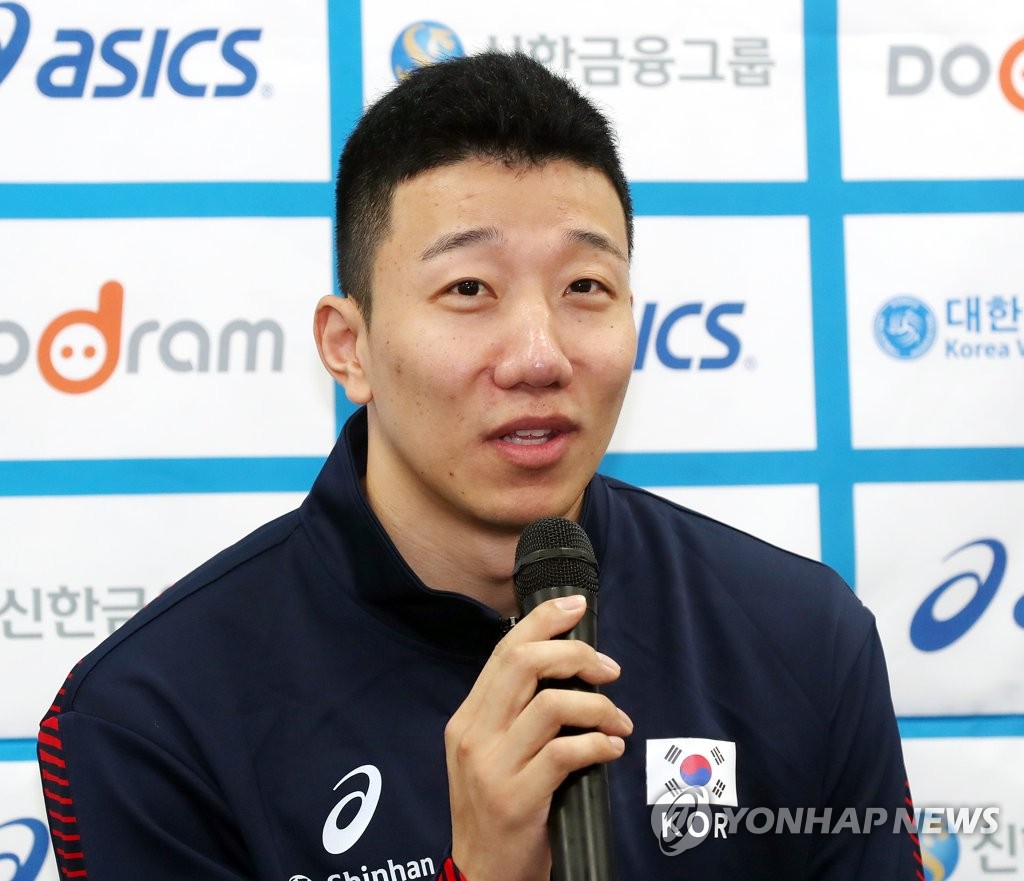