SEOUL, Jan. 4 (Yonhap) -- With around 100 days before the April 15 parliamentary elections, South Korean political parties are gearing up with ambitious goals, viewing the polls as a possible vote of confidence for the Moon Jae-in government.

With the 100-day mark falling on Monday, rival parties are betting their political survival on the general elections as the outcome could hugely affect the 2022 presidential polls. The National Assembly is elected every four years.

Taking office in May 2017, President Moon passed the midpoint of his single five-year term in early November. He has sought an engagement policy with North Korea and an income-driven economic growth policy. 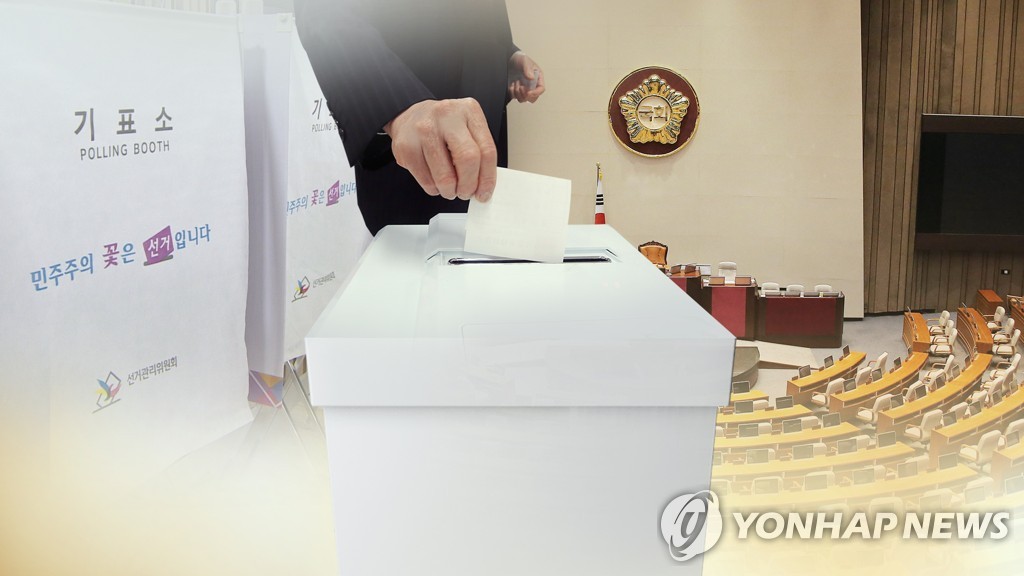 "The April elections will be the polls of 'judgment.' For the ruling Democratic Party (DP), the government's economic and North Korea policies will be put to the test," Ko Jin-dong, a political analyst, said.

"The main opposition Liberty Korea Party (LKP) will face key questions over whether voters can accept the party tied to the legacy of ex-President Park Geun-hye," he said, referring to the former leader who was ousted in 2017 over a corruption scandal.

The polls will be conducted for the first time under revised election rules that adopt a mixed-member proportional (MMP) representation system, in which parliamentary seats are tied to voters' support for parties.

The elections also come amid growing calls for fielding younger, reform-minded candidates and talks about the LKP-led drive for political integration in the conservative bloc.

The governing DP regards the upcoming elections as a fight to help the Moon government go through its reform mission seamlessly.

"The Moon administration can complete its reform pledges successfully only when we win the elections. The victory will also pave the way for the DP to be reelected in the next presidential poll," DP chairman Lee Hae-chan said on Jan. 1.

The economic downturn will be a major concern for the DP in the run-up to the elections. The government is under fire for its handling of economic challenges at a time when the Korean economy is losing steam amid faltering exports.

The DP targets securing enough directly elected seats to near a majority as the new election rules can cut the number of proportional representation (PR) slots for the party. 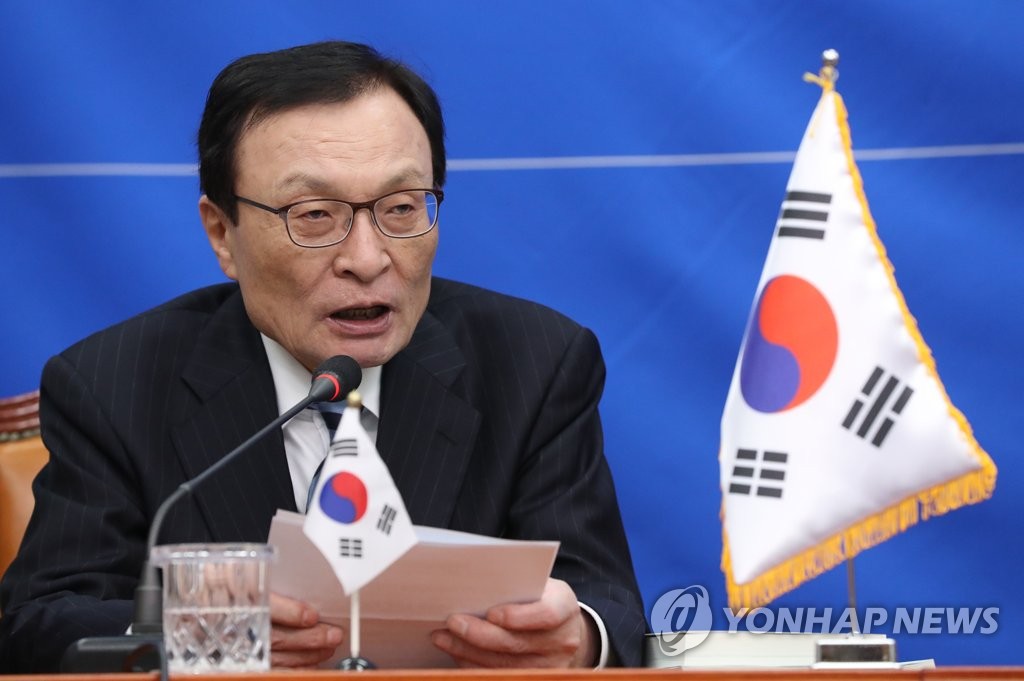 The conservative LKP is determined to mobilize all resources to win the elections, vowing to correct what it has called the Moon government's policy lapses. It eyes about 150 parliamentary seats, some half of the total slots.

To this end, LKP chairman Hwang Kyo-ahn announced an ambitious bid for conservative parties to join forces in November, hoping to build a unified central-conservative bloc.

In Korean politics, the conservative bloc is split, stung by the political aftermath of Park's ouster. The LKP suffered a crushing defeat in the June 2018 local elections due to the fallout of the political crisis over the now-jailed Park.

The LKP is considering joining hands with Rep. Yoo Seong-min, who leads a splinter group that plans to defect from the minor opposition Bareunmirae Party (BP) and create a new conservative party next week.

The party also appears to seek to contact Ahn Cheol-soo, co-founder of the BP, who announced his plan Thursday to resume political activity after a yearlong hiatus driven by his defeat in the Seoul mayoral race.

"Those who espouse the constitutional value of free democracy and the market economy should come together and fight for the country," Hwang told reporters Thursday. 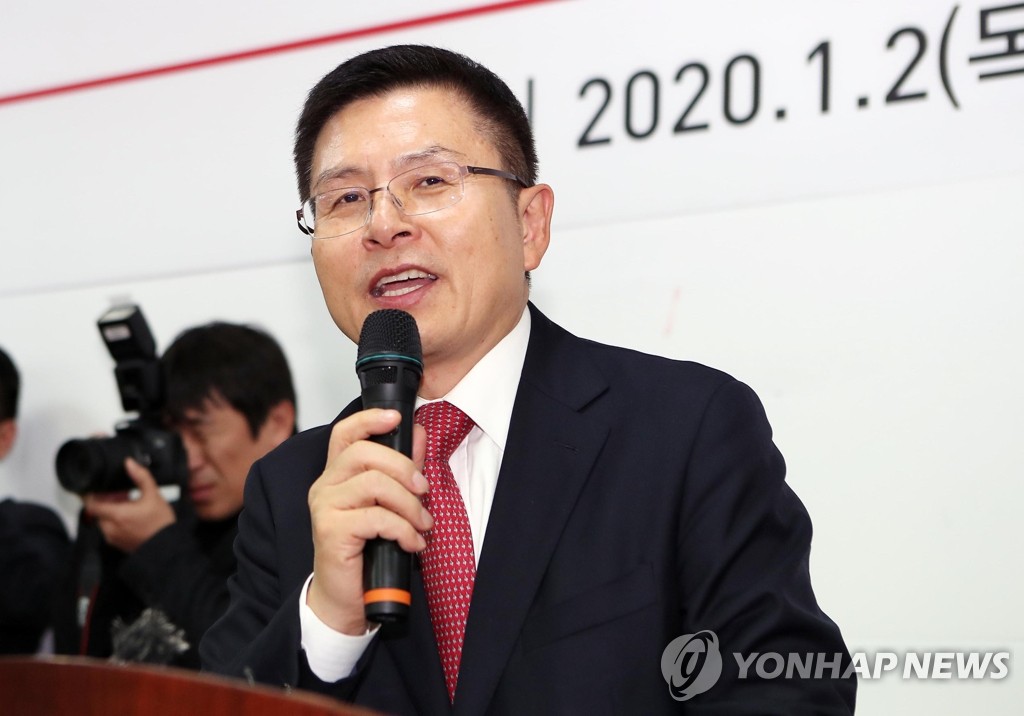 With the new election rules, minor opposition parties are eyeing increasing their presence in politics that are mainly dominated by the two large parties.

The National Assembly passed an electoral reform bill in December, despite strong protests from the LKP. The legislative move came about eight months after the measure was put on a fast track, along with prosecution reform bills.

Under the electoral reform bill, the number of directly elected seats and PR slots will remain unchanged at 253 and 47, respectively, in the 300-member National Assembly.

But the method of distributing PR seats will be changed in a way that better reflects votes cast to parties. The number of PR slots allocated under the new rules will be capped at 30.

The BP, the third-largest party, said it targets around 40 parliamentary seats from the current 28.

The progressive Justice Party, which currently has six seats, wants to garner at least 20 posts to form a parliamentary negotiation bloc.

The LKP will launch a new satellite party that only centers on securing PR seats in response to the ruling bloc's passage of the electoral reform bill. 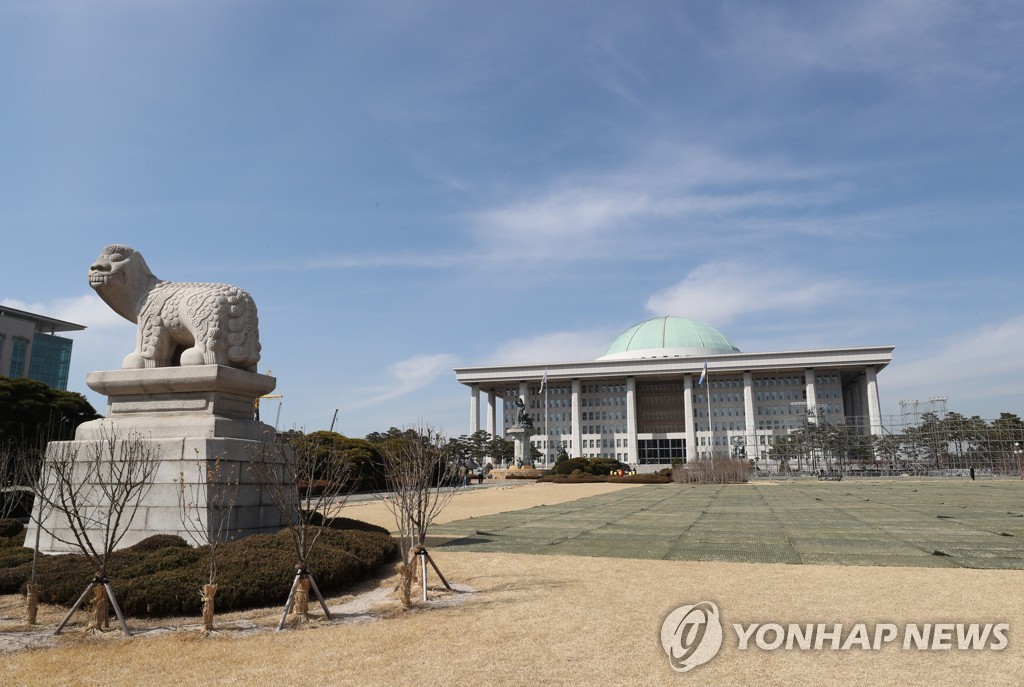