SEOUL, Jan. 4 (Yonhap) -- Less than four months ahead of the general elections here, Cheong Wa Dae is apparently gearing up to replace some of its senior officials, which would lead to an organizational change.

Several Cheong Wa Dae staffers are reportedly planning to run on the April 15 ballot in what are regarded as midterm elections for President Moon Jae-in.

Under a related law here, civil servants seeking to join such a race are required to quit their public jobs no later than 90 days ahead of the polling date, which falls on Jan. 16 this time.

"Chances are high that there will be personnel affairs soon in connection with the general elections and an organizational change, especially affecting those who have served at Cheong Wa Dae since the launch of the (Moon) administration," a senior Cheong Wa Dae official said.

Youn Kun-young, one of the closest aides to Moon, is almost certain to resign. He is setting his sights on a parliamentary seat in a Guro district constituency in western Seoul currently held by SMEs and Startups Minister Park Young-sun. On Friday, Park announced a decision not to run in the April polls.

Youn, director for the state affairs planning and monitoring office, played a key role in preparing for Moon's two summit talks with North Korean leader Kim Jong-un, one at the truce village of Panmunjom and the other in Pyongyang. 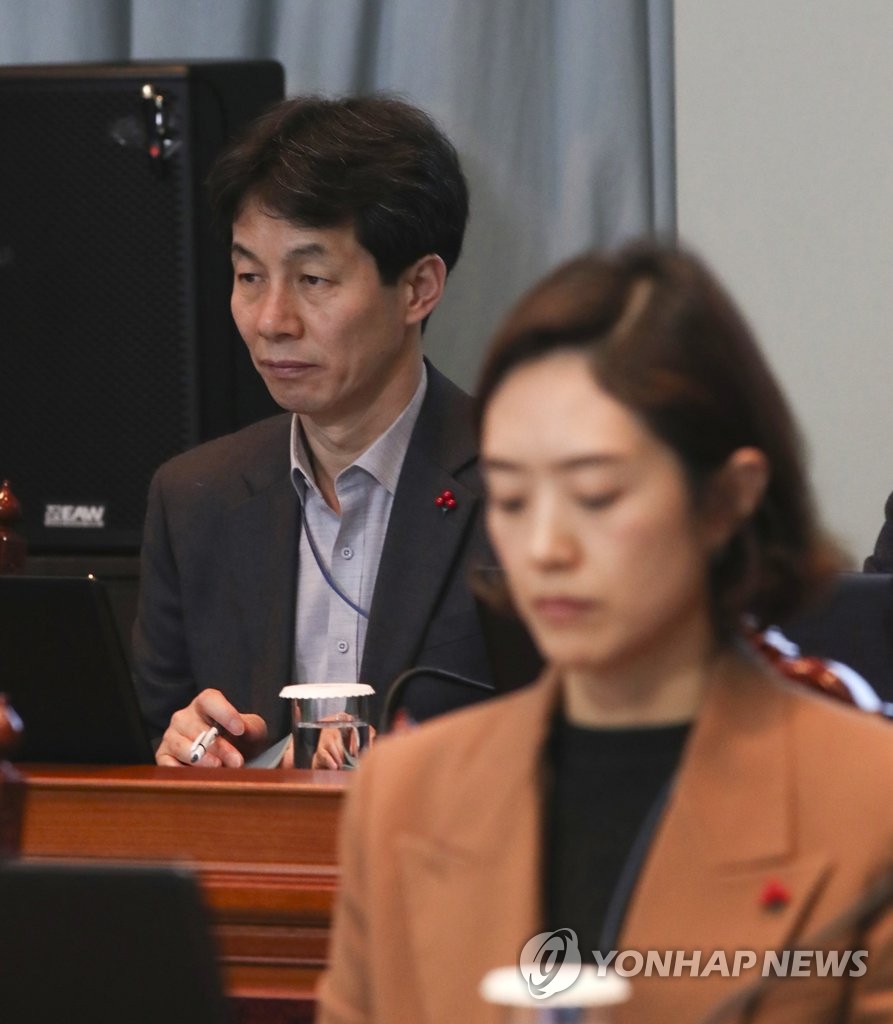 He's also known to have acted as a liaison between Cheong Wa Dae and North Korea in consulting on scheduling and logistical issues for last year's trilateral Panmunjom gathering of Moon, Kim and U.S. President Donald Trump. He has a network of "personal ties" with a number of North Korean officials based on his experience consulting with North Koreans, according to an informed source.

The Chosun Ilbo, a Seoul-based daily, reported that Deputy National Security Adviser Kim Hyun-chong has also expressed his intention of stepping down for the elections. Cheong Wa Dae, however, immediately denied the report, saying he remains committed to his work as a presidential aide.

Some news outlets raised the likelihood of Cheong Wa Dae spokesperson Ko Min-jung leaving the presidential office. The ruling Democratic Party is hoping that she'll play a role in the elections, but Ko has been prudent and cautious about talking in public about the possibility.

Asked repeatedly about the matter by reporters, she maintained a routine answer that it's premature to speak "clearly" about her "future."

Lee Ho-seung, senior presidential secretary for economic affairs, was once mentioned by media as a potential candidate to throw his hat into the ring in a constituency in South Jeolla Province, a stronghold of the ruling party.

He is unlikely to do so, though, according to multiple sources. They are instead betting that Joo Hyung-chul, an adviser to the president for economic affairs, may seek a National Assembly seat from Daejeon, his hometown some 160 kilometers south of Seoul.

Cheong Wa Dae appears to be preparing for redrawing its organizational chart on a limited basis in relation with the upcoming personnel affairs.

"There could be a relevant announcement as early as on Jan. 6. As usual, it's hard (for us) to talk certainly about details before opening a cover when it comes to personnel affairs," the senior Cheong Wa Dae official said, speaking on condition of anonymity.