SEOUL, Jan. 3 (Yonhap) -- Finance Minister Hong Nam-ki on Friday called for banks and other financial firms to improve their risk management processes and channel more funds into the real economy.

Hong made the remarks at a meeting for the new year with heads of economic and financial institutions, including Bank of Korea Gov. Lee Ju-yeol and Finance Services Commission Chairman Eun Sung-soo.

"The trend of an economic recovery is anticipated for this year, but we must remain vigilant due to uncertainties over the global economy and risk factors at home," Hong told the meeting.

"In particular, risk management is very important for the financial sector," Hong said. 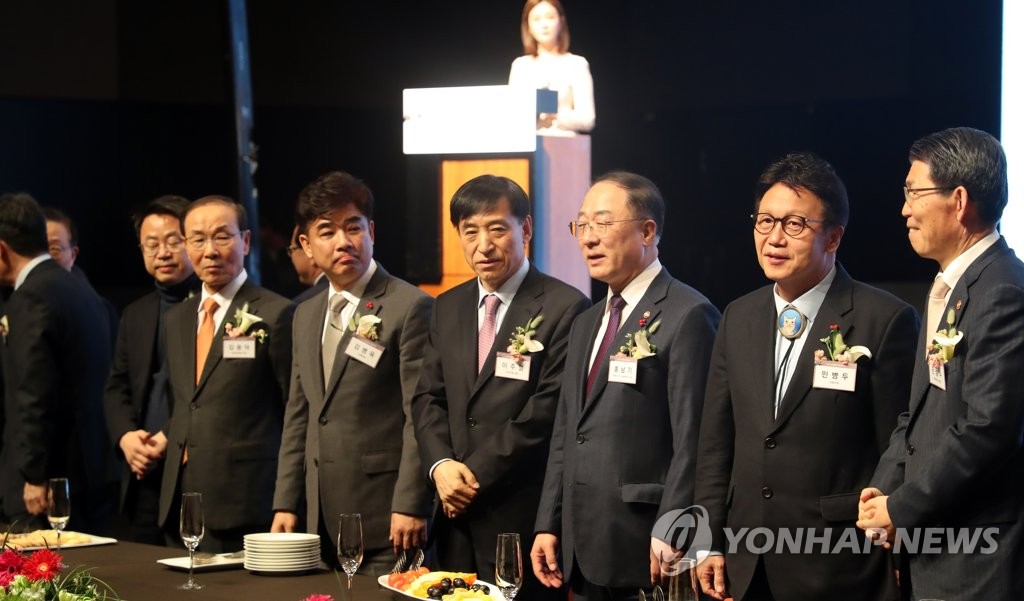 Hong also urged the financial industry to play a role of "auxiliary troops" for the nation's economy to see a rebound this year.

"I expect funds to be channeled into more productive sectors this year," Hong said.

Hit by a lengthy U.S.-China trade war and a cyclical slump in the memory chip sector, Korea is poised to report its weakest annual growth in a decade last year.