SEOUL, Jan. 6 (Yonhap) -- South Korea's foreign exchange reserves climbed to a record high in December on the back of the weakening of the U.S. greenback, which pushed up the dollar value of other foreign currencies held by the country, central bank data showed Monday.

The country's foreign exchange reserves came to US$408.82 billion as of the end of last month, up $1.36 billion from a month earlier, according to the data from the Bank of Korea (BOK). 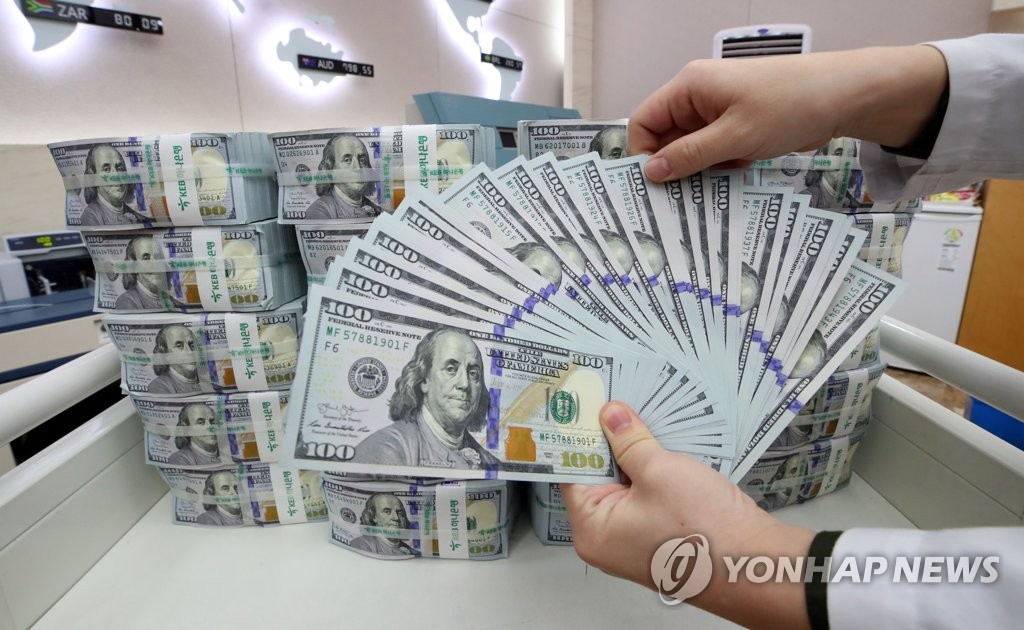 The increase "mainly stems from an increase in the dollar value of assets in other foreign currencies due to the weakening of the U.S. dollar," the BOK said, without providing detailed composition of assets held in each currency.

As of end-December, South Korea held some $385 billion worth of foreign securities, including bonds, up $8.51 billion from a month earlier, according to the BOK.

But foreign currency savings plunged $7.31 billion to $12.5 billion over the cited period, while the country's reserve position at the IMF gained $170 million to $2.79 billion.

Its special drawing rights and gold holdings remained nearly flat at $3.35 billion and $4.79 billion, respectively, according to the central bank.