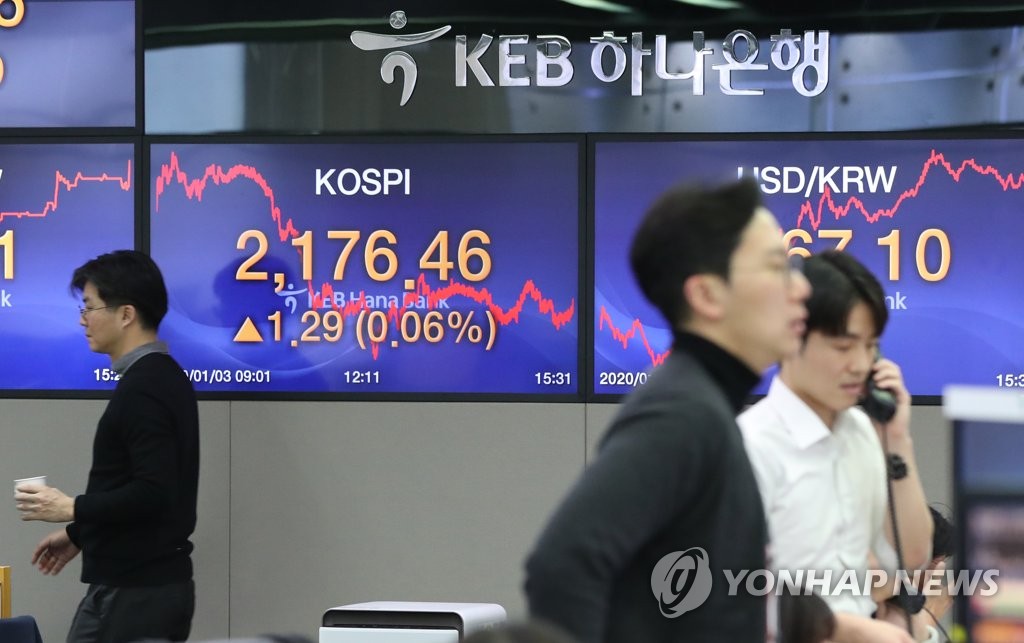 The index got off to a strong start, tracking strong overnight gains on Wall Street buoyed by the Chinese central bank's move to add more liquidity to stimulate the economy.

However, it surrendered early gains on news that U.S. air strikes ordered by President Donald Trump killed a top Iranian commander, which heightened tensions in the one of the world's largest crude-producing region.

"The market will feel more pressure if geopolitical risks rise amid the global economy slowdown," said Seo Sang-young, an analyst at Kiwoom Securities. "If international oil prices surge, it will increase costs and subsequently weigh down companies' earnings."

Crude oil prices skyrocketed as high as 4 percent on the market following the news on U.S. air strikes in Baghdad.

The South Korean won closed at 1,167.10 won against the U.S. dollar, sharply down 9 won from the previous session's close, due to risk-off sentiment.