"The Liberty Korea Party (LKP) and I will be the first to change thoroughly. It will be completely reborn as a party that is oriented toward the livelihood of people," opposition chief Hwang Kyo-ahn said at the gathering held near Gwanghwamun Plaza in central Seoul. "(The party) will be thoroughly rebuilt and renovated," the party leader said.

The outdoor rally, which brought together party officials and supporters, is part of the LKP's continuing protest of the National Assembly's passage of a package of contentious bills on electoral reform and the establishment of an independent body to probe high-level corruption, led by the ruling Democratic Party.

Hwang labeled the April 15 general elections as a chance to "judge the Moon administration." 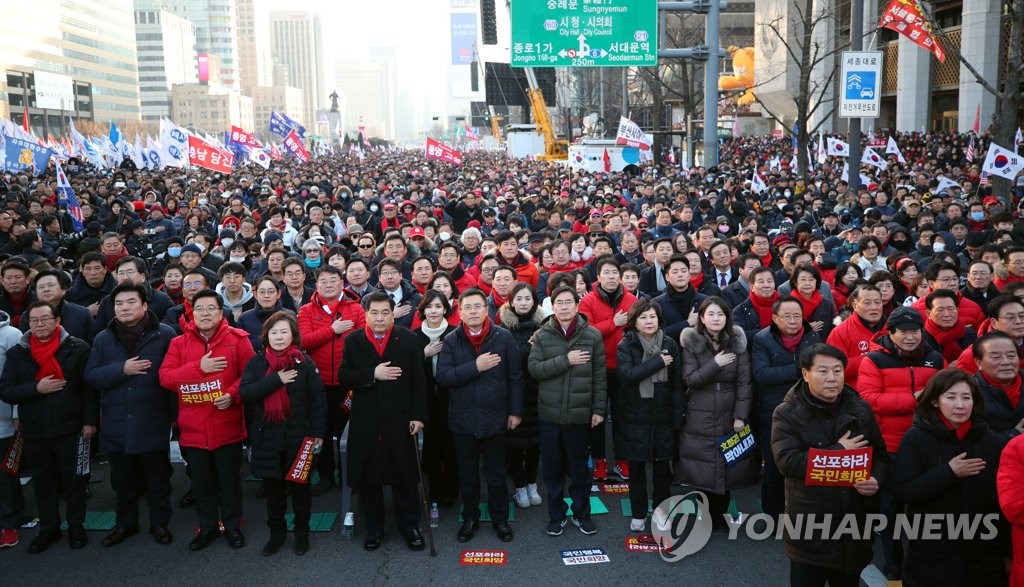 "People know how evil this administration is, and we can win if we unite. I will spearhead (efforts) to consolidate the party," Hwang said.

He also vowed to take the lead in the fight against the ruling party, by running in one of the most competitive constituencies in the upcoming general elections.

At the rally, LKP floor leader Shim Jae-chul called for voters to back the party, saying "With your support, (the LKP) could win the biggest number of parliamentary seats and block (the ruling party's) tyranny." 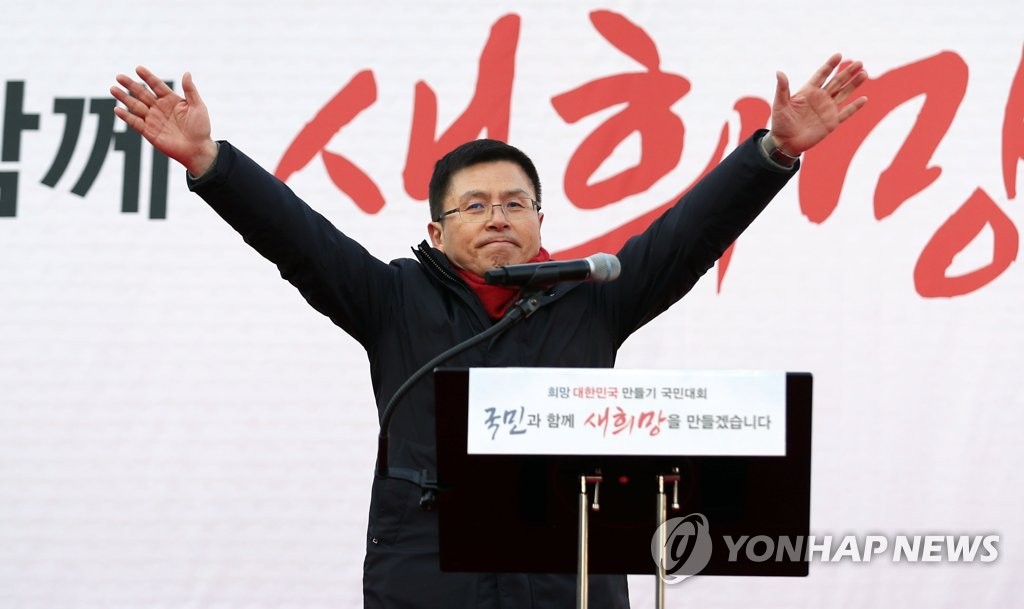