SEOUL, Jan. 3 (Yonhap) -- Reviving the dynamics of the private sector, including corporate investment, should be the top economic policy priority for 2020, a business leader said Friday.

"Even amid difficult external conditions, South Korea safeguarded its gross national income (per capita) over the US$30,000 level and its trade volume over the $1 trillion level and recorded meaningful achievements in economic growth and employment recovery," Korea Chamber of Commerce and Industry (KCCI) Chairman Park Yong-maan said at a convention of business leaders to mark the New Year.

"Despite that, companies experienced substantial difficulties due to a sharp fall in corporate vitality last year and I am also disappointed that South Korea achieved little in healing the economy's structural problems," Park, chairman of Doosan Infracore, said. 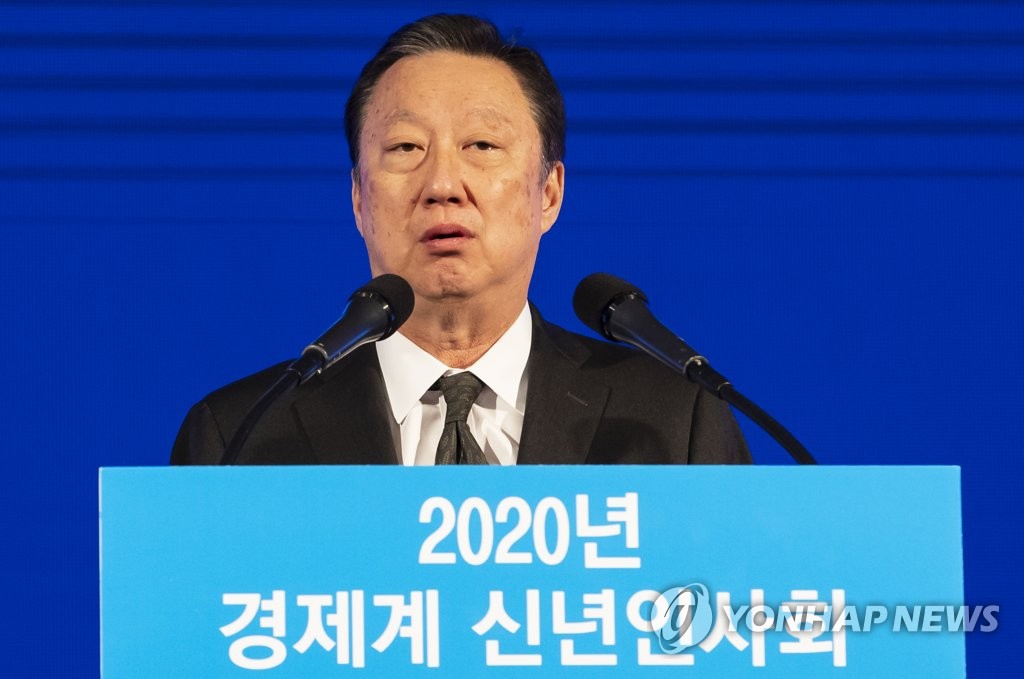 Many are predicting grim times for South Korea's exports, especially amid a hegemonic rivalry between powerful countries, he said, stressing that the key to survive such external difficulty for South Korea rests on "creating voluntary corporate investment demand by dramatically changing the South Korean economic system."

He then claimed that "reviving private-sector vitality" should be the top policy priority in the coming months.

The meeting, held at the Convention and Exhibition Center (COEX) in southern Seoul, was attended by some 1,300 business leaders, politicians and labor leaders, including Prime Minister Lee Nak-yon, Finance Minister Hong Nam-ki and Hwang Kyo-ahn, the chief of the main opposition Liberty Korea Party.