WASHINGTON, Jan. 3 (Yonhap) -- South Korea and the United States agree on the need to strengthen strategic cooperation as they jointly deal with issues on the Korean Peninsula and in the region, a Seoul official said Friday.

Deputy Foreign Minister Kim Gunn was in Washington to meet with his counterpart, U.S. Assistant Secretary of State for East Asian and Pacific Affairs David Stilwell, after the former took office last month.

He told reporters following the meeting that the two sides held in-depth discussions on both bilateral and regional issues, while also planning for upcoming high-level talks between their countries.

"We agreed to address issues on the Korean Peninsula and in the region under the basic understanding that our two countries should further strengthen our strategic cooperation," Kim said.

Asked how the U.S. views the current situation with North Korea in the wake of leader Kim Jong-un's threat to showcase a "new strategic weapon," the deputy minister deferred to his colleagues in Seoul responsible for the issue.

He also said there was no discussion of South Korea's possible role in the Middle East amid escalating tensions between the U.S. and Iran, including the question of deploying South Korean troops to the area. 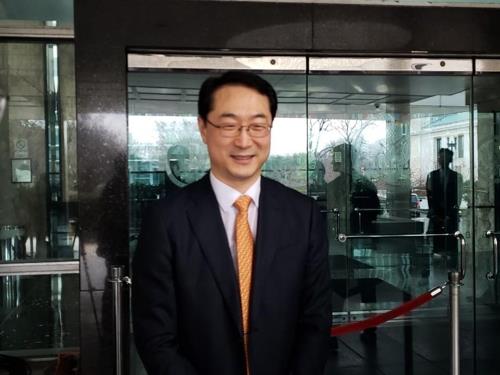