SEOUL, Jan. 4 (Yonhap) -- South Korea's exports of emerging goods such as electric cars and rechargeable batteries gathered ground in 2019 from a year earlier despite the overall slump in outbound shipments, data showed Saturday.

Last year, South Korea's exports fell 10.3 percent after setting a record high performance in 2018 due mainly to a slump in the global chip market coupled with the trade feud between the world's top two economies.

The country's outbound shipments came to US$542.4 billion last year, compared with $604.8 billion posted a year earlier. It marked the first time in 10 years for the annual exports to drop by a two-digit percentage.

The decrease was largely attributable to the chip segment, whose exports dropped a whopping 25.9 percent to reach $93.9 billion. 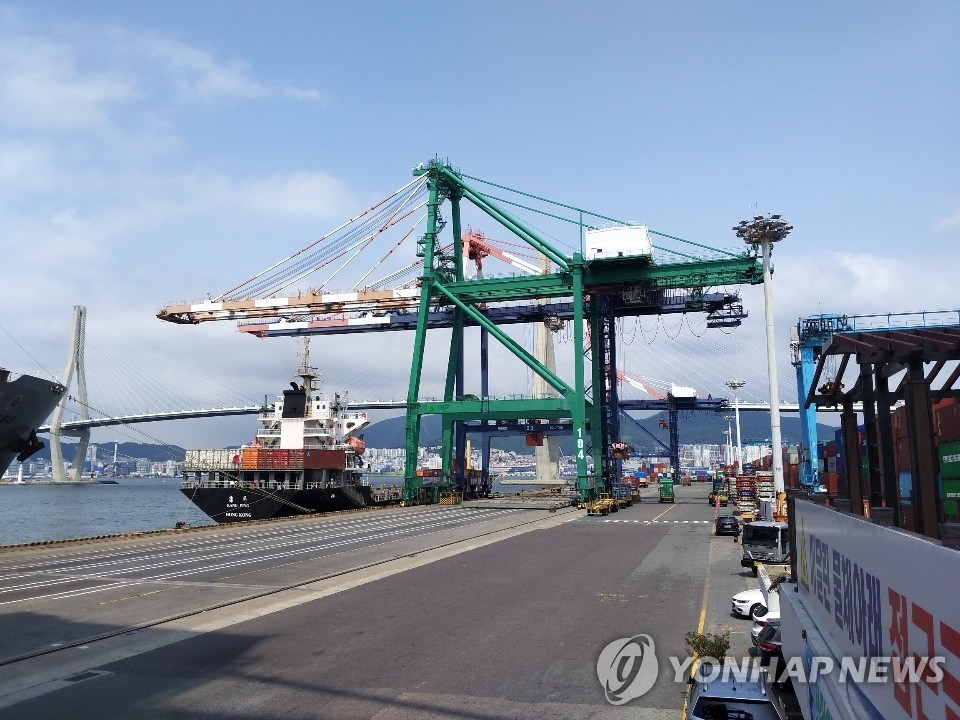 Despite the overall slump, however, South Korea's exports of automobiles advanced 5.3 percent on-year in 2019 to $43 billion, which marks a rebound from the 1.3 percent drop posted a year earlier, according to the Ministry of Trade, Industry and Energy.

Within the figure, exports of electric cars soared a whopping 82.7 percent over the period.

Other emerging areas also gathered ground, with outbound shipments of bio health-related products rising 8.5 percent to $8.8 billion on the back of the growing demand for dental and beauty instruments from China, Russia and Southeast Asia.

Outbound shipments of agricultural goods and cosmetics also increased in 2019 from a year earlier to offset losses from the mainstay chip industry, the ministry added.

South Korea said it will continue to foster new growth engines and diversify its portfolio to beef up exports down the road.

S. Korea's exports of new growth engines up in 2019 despite overall slump

S. Korea's exports of new growth engines up in 2019 despite overall slump