North Korea's media has recently beefed up its calls for self-reliance and strengthened national defense capabilities in preparation for what will be a protracted struggle against U.S.-led sanctions and pressure.

"Having a lingering attachment to the illusion for peace with enemies and easing of sanctions is tantamount to a way of self-destruction," the paper said in an editorial. "The main spirit of the plenary meeting is to make a frontal breakthrough without waiting until situations get better."

During the plenary meeting of the Central Committee of the Workers' Party late last year, North Korean leader Kim Jong-un threatened that the world will soon witness a "new strategic weapon," and warned of a "shocking actual action," accusing the U.S. of dragging its feet in talks for its own political interests.

Kim added that he sees no reason to be bound by his self-imposed moratorium on testing long-range missiles and nuclear weapons, raising speculation that a major provocation might be forthcoming.

Nuclear negotiations have been stalled since the summit between Kim and U.S. President Donald Trump ended without an agreement in February as they failed to narrow differences over how to match Pyongyang's denuclearization steps and Washington's sanctions relief.

Pyongyang has apparently wanted easing of sanctions in a way to bolster its moribund economy. In the party meeting, Kim called for stepped-up efforts to build a "self-reliant" economy independent of external help.

On Friday, the newspaper emphasized the importance of building strong self-defense capabilities, saying that any action attempting to undermine its sovereignty and survival should be met by an "immediate and powerful" strike. 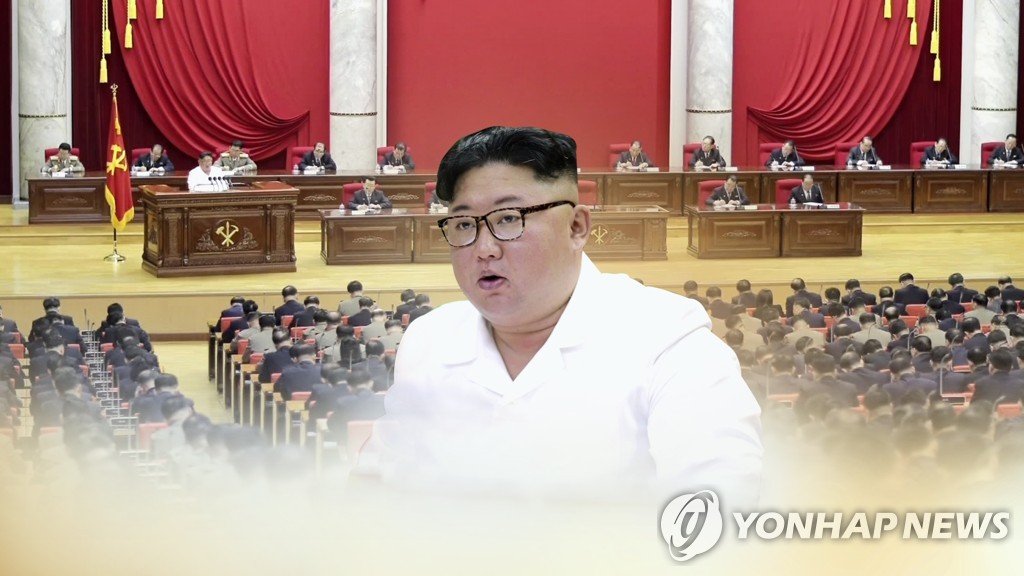