The 15-ton fishing boat invaded the Northern Limit Line (NLL) by 4 kilometers near the South Korean border island of Yeonpyeong.

The Coast Guard said it will carry out further investigations on seven Chinese fishermen on board.

Another 22 Chinese fishing boats were also evicted from the area. 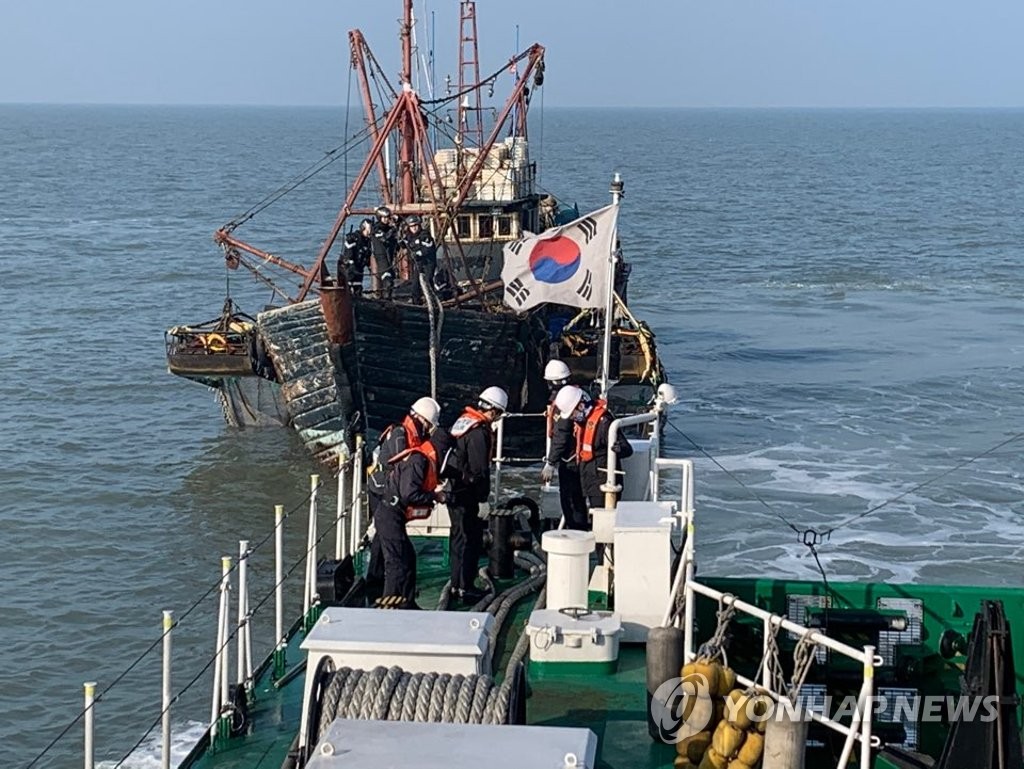