SEOUL, Jan. 5 (Yonhap) -- A South Korean geostationary environmental monitoring satellite that can closely check the movement of fine dust and ocean conditions is being moved to French Guiana ahead of its launch, the government said Sunday.

The 3.4-ton Chollian-2B, scheduled to be sent into orbit on Feb. 19, has been placed in a specially built non-vibration shipping container in Daejeon, 164 kilometers south of Seoul, where it was built by the state-run Korea Aerospace Research Institute (KARI), the Ministry of Science and ICT said.

The satellite will first be moved to Incheon International Airport, west of Seoul, and then flown to the Guiana Space Centre in South America on a cargo plane.

"On arrival at Kourou, South Korean engineers will carefully inspect the satellite to make certain all of its systems are in working order and were not damaged during the shipment," the ministry said. After this, it will be placed on top of the Ariane-5 space vehicle that will take it into space.

Once it reaches the designated altitude of 35,786 kilometers from the Earth's equator and goes into a fixed orbit at 128.2 degrees longitude, it will carry out initial operations for a few months before sending real-time data on ocean conditions in October. This will be followed by atmospheric information on East Asia starting in 2021.

Chollian-2B, unveiled in December, is the first geostationary satellite in the world that is able to continuously check fine dust and other air pollutants.

KARI said it has a Geostationary Environmental Monitoring Spectrometer (GEMS), to observe and track fine dust and various other pollutants with the cutting edge Geostationary Ocean Color Imager-2 (GOCI-2), permitting it to check for algal blooms and other water contaminants.

"The equipment on board will make it possible for Seoul to acquire important information it can share with other countries that can further advance space-related cooperation," the science ministry said.

The government allocated 386.7 billion won (US$331.2 million) to the Chollian-2B project, which began in 2011, with the ministry expecting the life cycle of the satellite to be 10 years. 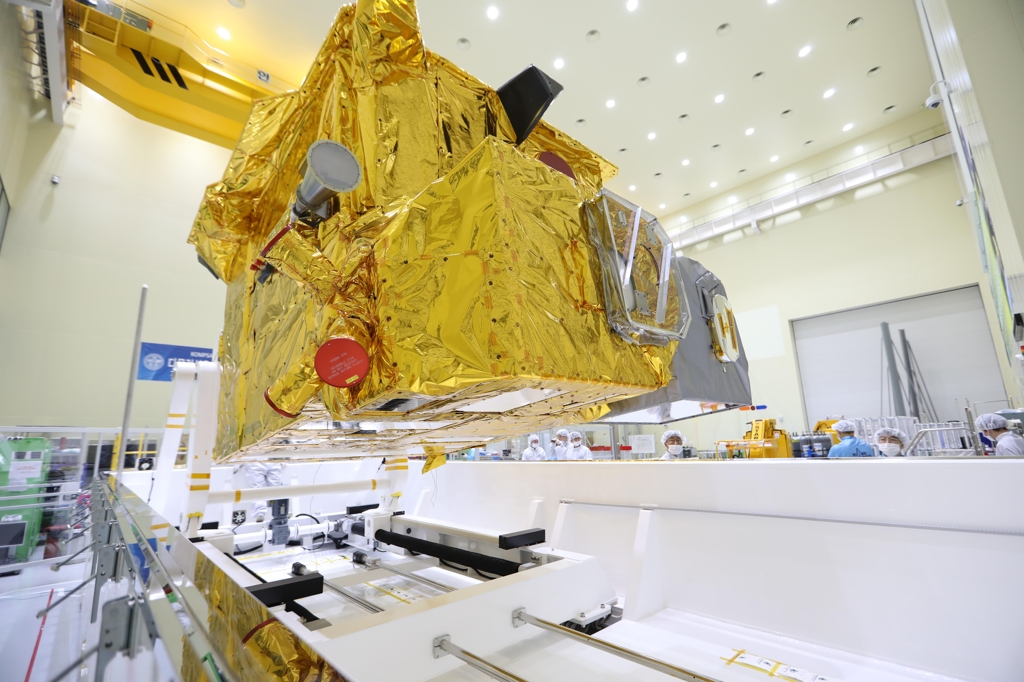