The Committee on Economic, Social and Cultural Rights made the assessment in its response to the government's report on its efforts to implement the panel's April 2017 recommendations on labor issues, including the approval of core International Labor Organization (ILO) conventions.

The committee assessed South Korea's efforts to approve the ILO standards, but voiced regret over a lack of information regarding a timeframe for ratification, according to government officials.

Last year, the government submitted to the National Assembly a motion to secure parliamentary approval for three ILO conventions -- No. 87 and No. 98 standards on freedom of association and No. 29 provision on prohibition of forced labor -- along with revisions to labor law.

But it remains uncertain when those proposals will pass at parliament due to intense partisan wrangling over key reform legislation.

Under the government's proposed bills, unemployed and dismissed workers will be permitted to join labor unions and the scope of people eligible to sign up for public servant labor unions will be expanded.

The U.N. panel said there are still conditions limiting freedom of association for certain types of workers in South Korea.

The committee's recommendations are not binding, but they serve as a yardstick in judging how much a country acceding to an international covenant on social rights complies with international labor standards.

South Korea is already under pressure from the European Union (EU) to ratify the ILO provisions, as agreed in their free trade agreement (FTA) implemented in 2011.

Last year, the EU convened a panel of experts to review South Korea's compliance with the FTA.

The move has raised concerns that the EU may take retaliatory trade measures against South Korea, citing tepid progress by Seoul toward approving the ILO conventions.

South Korea joined the ILO in 1991 but has not ratified four of the eight core conventions -- the No. 87 and No. 98 standards on freedom of association and the No. 29 and No. 105 provisions regarding forced labor. 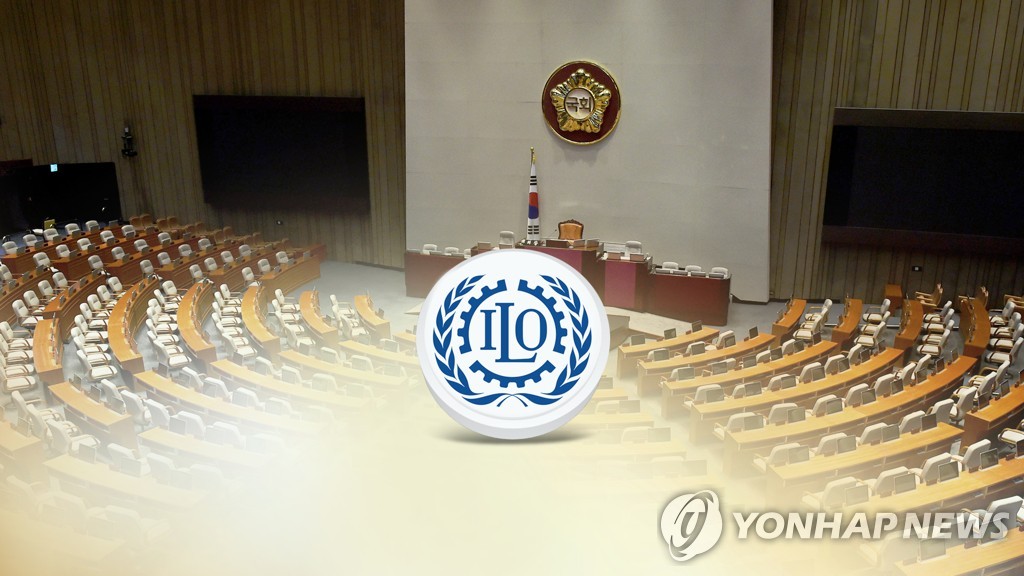