The video, released in April, surpassed the 700 million threshold late Saturday evening, according to the band's label, YG Entertainment, on Sunday.

The new record makes BLACKPINK the first K-pop band with four music videos that racked up more than 700 million views. The others are "Ddu-du Ddu-du," "Boombayah," and "As If It's Your Last."

Following its release in April, "Kill This Love" peaked at No. 41 on Billboard's Hot 100 single chart, the highest showing on the chart for a Korean girl group. 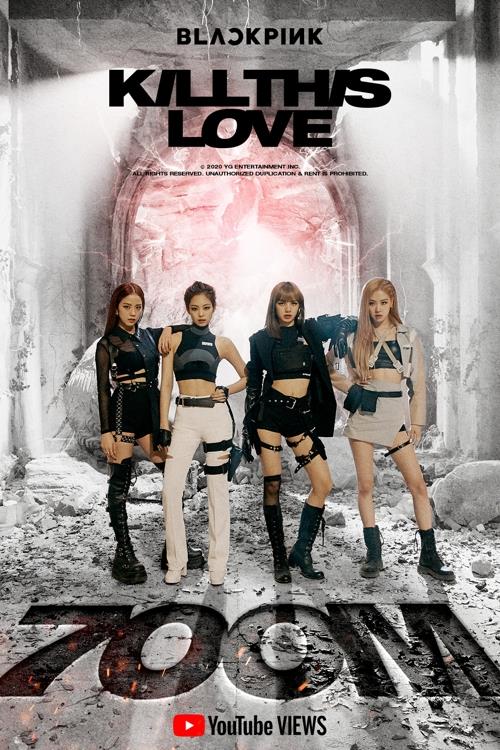