Chung Sye-kyun said in a written answer to parliament ahead of his confirmation hearing that the two Koreas need to make efforts to normalize their joint factory park in the North's western border town of Kaesong and a tour program to Mount Kumgang, North Korea's scenic mountain on the east coast, as soon as conditions are met.

Chung did not elaborate on what he meant by conditions, but they appear to refer to sanctions relief and U.S. endorsement for inter-Korean economic projects in return for progress on denuclearization. 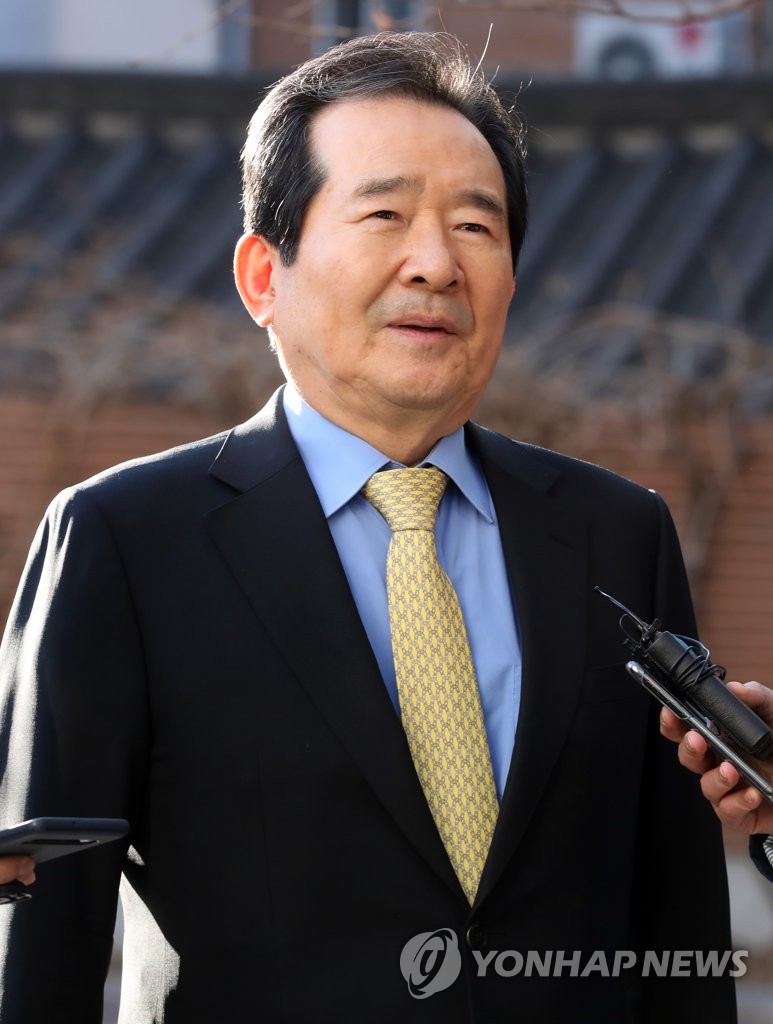 South Korea halted the tour program in 2008 following the shooting death of a South Korean female tourist at the resort.

In 2016, South Korea shuttered the joint factory park in Kaesong to punish North Korea for its fourth nuclear test and long-range rocket launch that year.

The suspension of the two projects -- prominent symbols of reconciliation between the two separated countries -- had stripped North Korea of key sources of much-needed hard currency.

In 2018, Moon met with North Korean leader Kim Jong-un in Pyongyang and they agreed to normalize the two projects as soon as conditions are met, but no progress has been made yet due mainly to the nuclear standoff between North Korea and the United States.

North Korea has been under tightened U.N. sanctions, as well as separate U.S. sanctions, over its nuclear tests and its long-range rocket launches.

North Korea has repeatedly sought the lifting of sanctions, but the U.S. has demanded that Pyongyang take sweeping denuclearization steps, insisting that sanctions relief will follow substantive progress in its denuclearization.

Last week, Kim said the world will witness North Korea's new strategic weapon, noting there is no reason to keep its self-imposed moratorium on nuclear and long-range missile tests.

Chung, a six-term lawmaker who served as the parliamentary speaker before being nominated by Moon as prime minister last month, said South Korea's past aid to North Korea had nothing to do with North Korea's nuclear development, saying the aid was meant to help vulnerable people in North Korea.

In 2016, the then-conservative government in South Korea said the shutdown of the factory park was designed to keep money generated by the industrial park from going to Pyongyang's nuclear and missile development.

But a government panel under liberal President Moon said in 2017 that there is not sufficient information or evidence to support the claim that funds from the complex had been used to build weapons.

Chung is set to go through the parliamentary confirmation hearing on Tuesday and Wednesday.