SEOUL, Jan. 6 (Yonhap) -- Nine out of 10 major listed firms in South Korea expect to see their profitability turn for the better in 2020 on the back of a much-awaited recovery in the global chipmaking sector and lower base effect, a market tracker said Monday.

According to FnGuide, 264 listed companies, or 91.4 percent of the 289 major companies listed on the main bourse and the secondary bourse, said their performance will get better this year compared with last year. 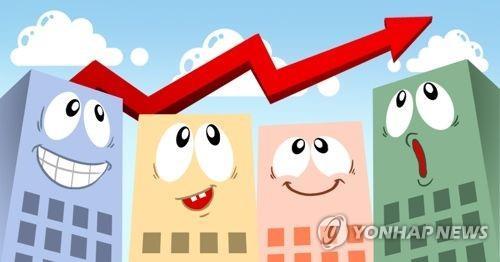 The combined operating profit of the 264 companies is forecast to reach 169.3 trillion won (US$145 billion) this year, up 28.3 percent from last year's estimate, according to the tracker.

The expected upturn in their business performance for the year is largely fueled by optimism that Samsung Electronics Co. and SK hynix Inc., the country's two largest makers of memory chips, are looking forward to better earnings this year after a year of a decline in sales and profit margins.

In 2020, Samsung Electronics is predicted to register an annual operating profit of 38.3 trillion won, up 40.9 percent from last year's estimated 27.2 trillion won, according to FnGuide.

The two firms accounted for more than 60 percent of the global memory market in 2018.

"Demand for DRAMs has shown a clear sign of a rise," Eugene Investment & Securities analyst Yoo Jong-woo said. "The earnings improvement for the semiconductors is expected to continue through till 2021." 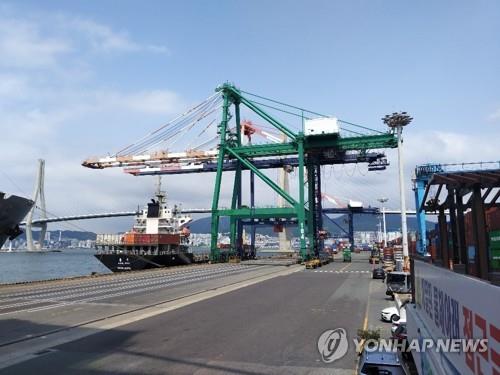 Last year, South Korea's exports fell 10.3 percent after setting a record high performance in 2018. A slump in the global chip market, coupled with the trade feud between the world's top two economies, weighed heavily on the South Korean economy.

The country's outbound shipments came to US$542.4 billion last year, compared with $604.8 billion posted a year earlier. It marked the first time in 10 years for the annual exports to drop by a two-digit percentage.