SEOUL, Jan. 6 (Yonhap) -- South Korea's financial watchdog said Monday that it will give more time to six banks to decide whether to accept a proposal meant to resolve disputes over currency-related derivatives.

The move came two days before a deadline by which the six banks are required to decide whether to accept and honor the arbitration proposal by the dispute settlement board of the Financial Supervisory Service (FSS).

The watchdog has said the deadline can be extended if requested by the relevant parties. So far, none of the six banks have informed the watchdog of their decision. 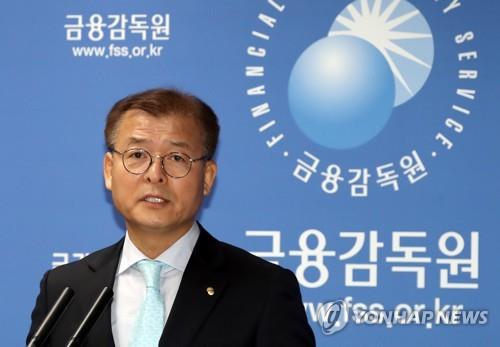 Last month, the board recommended the six banks pay up to 25.5 billion won (US$21.8 million) in total to four local businesses that signed the so-called knock-in, knock-out (KIKO) contracts in 2008 or prior.

The four companies have each suffered a loss of between 3.2 billion won and 92.1 billion won.

The proposed settlement is not mandatory, meaning the banks could refuse to settle.

The KIKO currency-linked derivatives were designed to allow buyers to hedge against volatile currency swings, allowing them to sell foreign currency at a fixed rate when the exchange rate moved within a pre-set range.

But with the outbreak of the 2008 global financial crisis, the Korean won dipped by 25.7 percent against the U.S. dollar in that year alone, causing heavy losses for KIKO buyers.

The buyers had accused the banks of withholding crucial information that they may be exposed to an unlimited amount of losses when the exchange rate deviates further from the set range.

In 2013, South Korea's Supreme Court cleared the banks of any fraud charges but noted the KIKO products may have been missold.