SEOUL, Jan. 6 (Yonhap) -- Imported car sales in South Korea fell 6.1 percent in 2019 from a year earlier as Japanese brands struggled with a boycott amid trade tensions between Seoul and Tokyo, an industry association said Monday.

The number of newly registered foreign vehicles fell to 244,780 units last year from the previous year's 260,705, according to the Korea Automobile Importers & Distributors Association (KAIDA).

"Local campaigns against Japanese vehicles and other products are still underway, weighing on imported carmakers' overall sales results (for the year of 2019). And lack of supply by Volkswagen also drove down the results," a KAIDA official said over the phone.

Japanese carmakers saw their sales plunge 19 percent to 36,661 units from 45,253 over the cited period as local consumers shunned Japanese vehicles over the neighbor's restrictions on exports of key materials to South Korea. 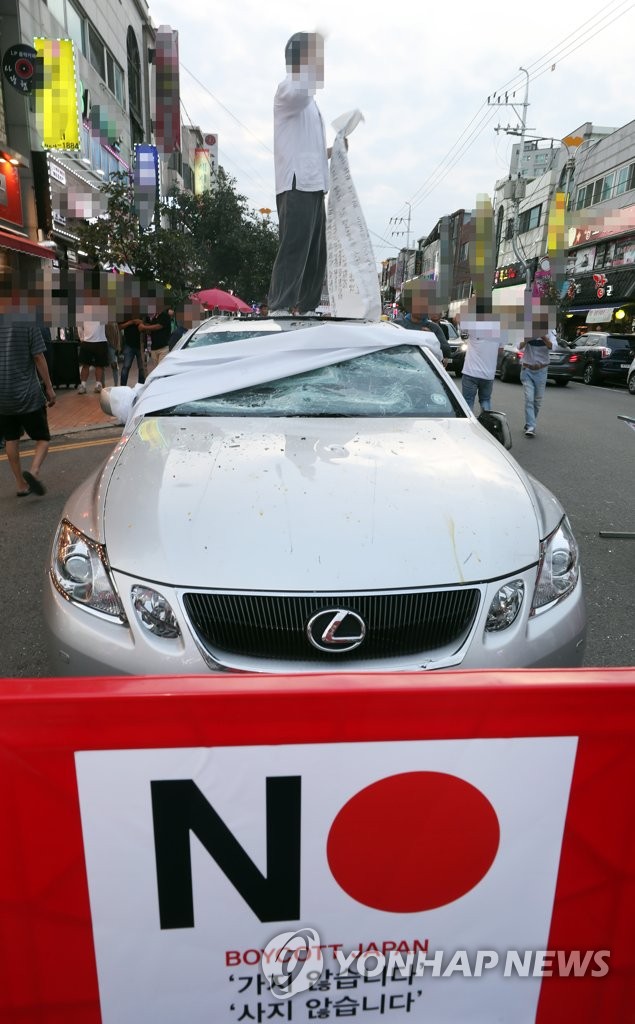 Toyota and Nissan posted sharp declines in their annual sales in Asia's fourth-biggest economy. Toyota's sales plunged 37 percent to 10,611 units in 2019 from 16,774, and Nissan's nosedived 40 percent to 3,049 from 5,053 during the cited period, the statement said.

Lexus and Infiniti also reported 8.2 percent and 6.1 percent on-year declines in 2019 sales, respectively. Honda was the only Japanese carmaker to improve, posting a 10 percent gain in sales, it said.

German carmakers, including Audi-Volkswagen, BMW and Mercedes-Benz, posted a 4.2 percent on-year drop last year as they couldn't deliver most of its ordered vehicles to Korean customers. Their combined sales declined to 146,968 autos from 153,447 during the period, the statement said.

Imported cars accounted for 15.56 percent of the domestic passenger car market in the first 11 months, down from 16.92 percent a year ago, it said.

"Their market share for the whole year of 2019 will be released soon after collecting sales data from the Korea Automobile Manufacturers Association," the official said.