SEOUL, Jan. 6 (Yonhap) -- The National Assembly is set to convene a plenary meeting Monday to introduce bills to give more investigative power to police, key legislation designed to reform the state prosecution service.

Details of the meeting have not been fixed, but the session may begin at 7 p.m.

The ruling party-led bloc placed an electoral reform bill on a legislative fast-track in late April, along with bills to set up an independent agency to probe corruption by high-ranking public officials and to give police greater investigative power. 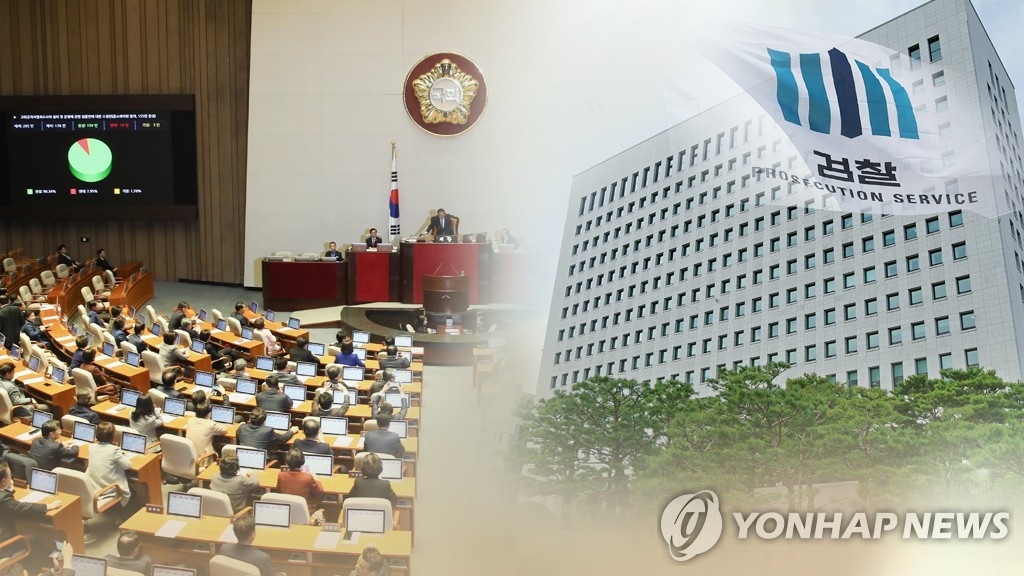 The investigative power overhaul has been one of the main sources of tension between the prosecution and police.

The establishment of a non-prosecution unit to probe corruption and the adjustment of investigative authority are President Moon Jae-in's key campaign pledges to reform the prosecution.

Partisan wrangling is anticipated as the main opposition Liberty Korea Party (LKP) strongly protested the assembly's passage of the electoral reform bill and the legislation on the probe unit in late December.

Currently, police can initiate probes but cannot end them without prosecution approval. Prosecutors direct police investigations and only the prosecution can file indictments.

The relevant bills would allow the police to close cases without prosecution approval and would scrap the prosecution's authority over police investigations.

If the bills are passed, the police will be able to effectively decide whether to seek indictment after an initial investigation.

If the police choose to seek an indictment, they will still have to do so through the prosecution. But if they decide against indictment, they can clear suspects of charges by closing the case.

To prevent the police from abusing their expanded authority, the legislation permits the prosecution to request reinvestigation if the police's refusal to refer the case is deemed unlawful. If a further probe finds the case to be affirmed, police must refer it to state prosecutors.

Meanwhile, the National Assembly is expected to introduce a package of three bills on private kindergartens, about one year after they were put on a fast track in December 2018.