SEOUL, Jan. 6 (Yonhap) -- South Korea's content industry expanded 3.1 percent in the first half of 2019 from the same period the previous year, driven by growth in comics, information services and movies, data showed Monday.

Sales of the South Korean content industry reached 58.13 trillion won (US$49.7 billion) in the first six months last year, compared with 56.37 trillion won in the same period in 2018, according to the data by the Ministry of Culture, Sports and Tourism and the Korea Creative Content Agency.

Comics, mostly in the formats of publications and webtoons, registered 10.4 percent growth on-year to 610.2 billion won in sales, the highest expansion rate among the 11 content categories compiled in the data.

Knowledge and information services including internet portals, electronic lectures and virtual reality services, logged 9.8 percent growth on-year in sales in the first half of 2019, while the film industry expanded by 7.3 percent, according to the data.

As of 2019, publishing was the biggest content industry, accounting for 18.1 percent of the total content market with 10.5 trillion won in sales, followed by broadcasting at 15.2 percent with 8.8 trillion won.

Knowledge and information services came third, representing a 14.3 percent share in the content market with 8.3 trillion won in sales. 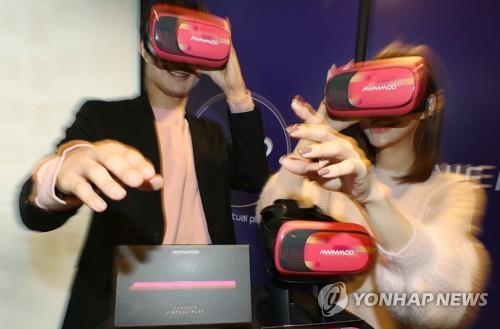 Exports of Korean online and offline games grew 2.5 percent on-year to $3.3 billion won, accounting for 69.2 percent of the country's total content exports in the first half of last year.

The data is the result of a survey of 2,500 content companies and an analysis of 122 listed content sellers.