SEOUL, Jan. 6 (Yonhap) -- North Korea's official newspaper called Monday for building up "impregnable" military power, saying the country should expect nothing from the United States and therefore go its own way without hesitation.

"There is nothing to expect and hesitate about in the face of growing hostile acts, nuclear threats and blackmail," the Rodong Sinmun, the official newspaper of the North's ruling party, said in an article.

"(We) should continue to strengthen our impregnable military power quantitatively so as to make no one ever think about using armed forces against us until the U.S. withdraws its hostile policy," the paper added.

The paper said that North Korea's sovereignty and security could be infringed upon if Pyongyang does not continue to strengthen its self-defense capabilities while just waiting for the lifting of sanctions imposed against it.

North Korea has hoped that progress in denuclearization talks with the U.S. would lead to easing or removal of crippling sanctions and help revive its fragile economy.

Talks, however, have been stalled since the summit between leader Kim and U.S. President Donald Trump ended without an agreement in February as they failed to narrow differences over how to match Pyongyang's denuclearization steps and Washington's sanctions relief.

At a key party meeting in late December, Kim accused the U.S. of dragging its feet in denuclearization talks and threatened to show off a "new strategic weapon" to the world in the near future, which experts think could include testing of a long-range missile.

Kim also said that he sees no reason to stick to his self-imposed commitment to suspend nuclear and long-range missile tests and that there will never be denuclearization of the Korean Peninsula until the U.S. rolls back its hostile policy against Pyongyang.

Speculation has arisen that the North might be preparing to fire an intercontinental ballistic missile as it tested what is presumed to be a rocket engine twice last month at its satellite launch site. 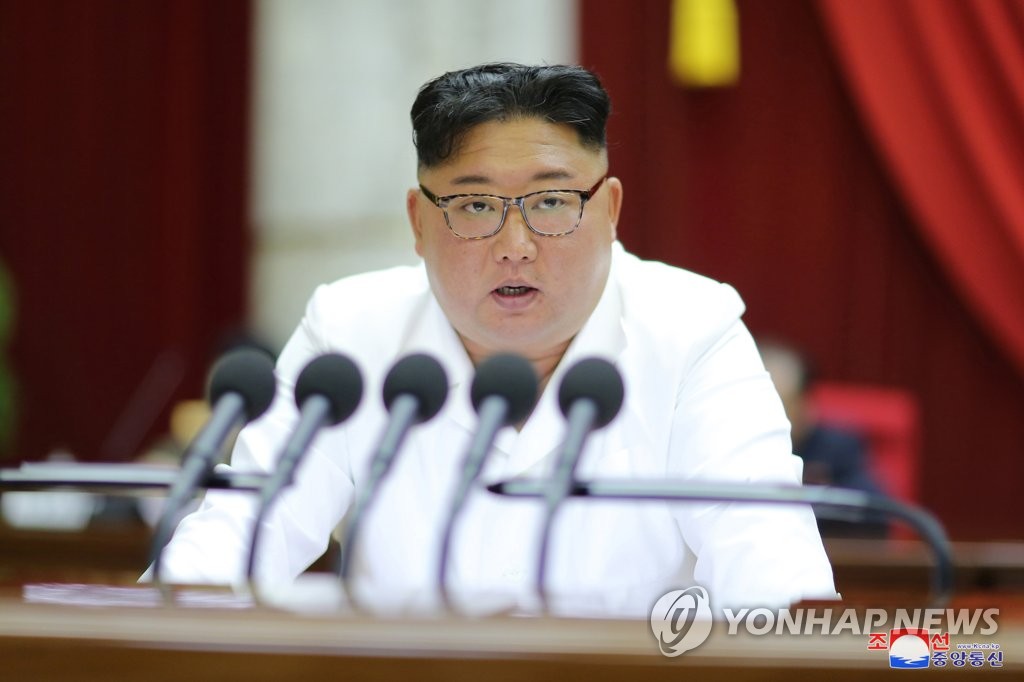