Private banking (PB) and wealth management services have long been exclusively tailored to a limited number of customers that include business leaders, sports stars and entertainers.

"But over the past few years, a new breed of rich people has sprung up. Startup founders in the IT field and young rich people who inherit their parents' wealth in advance are emerging as prime targets for wealth managers," Shin Dong-il, deputy head of KB Kookmin Bank's Gangnam Star PB center in Southern Seoul, said in a recent interview with Yonhap News Agency. 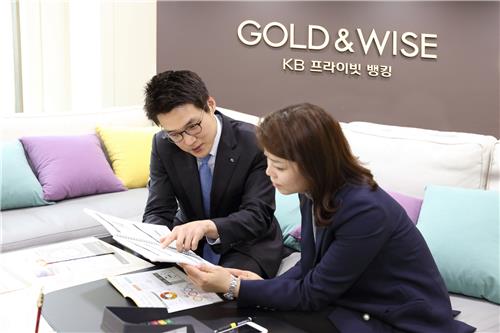 "In the past, those who inherited money from their parents were major customers of PB centers. But these days, wealthy parents are increasingly opting to give some of their assets to their children during their lives, as gift tax is lower than inheritance tax," he said.

Such early inheritors, who are often in their 30s and 40s, bring inherited wealth of 500 million won to 1 billion won to banks, seeking advice on how to manage their money, he added.

Those who made their fortunes by selling IT firms or going public on the local stock market have also emerged as major PB clients in recent years.

Low market rates, volatile stock markets and lingering uncertainties are prodding more rich people to put their assets under the management of highly trained financiers and other experts. 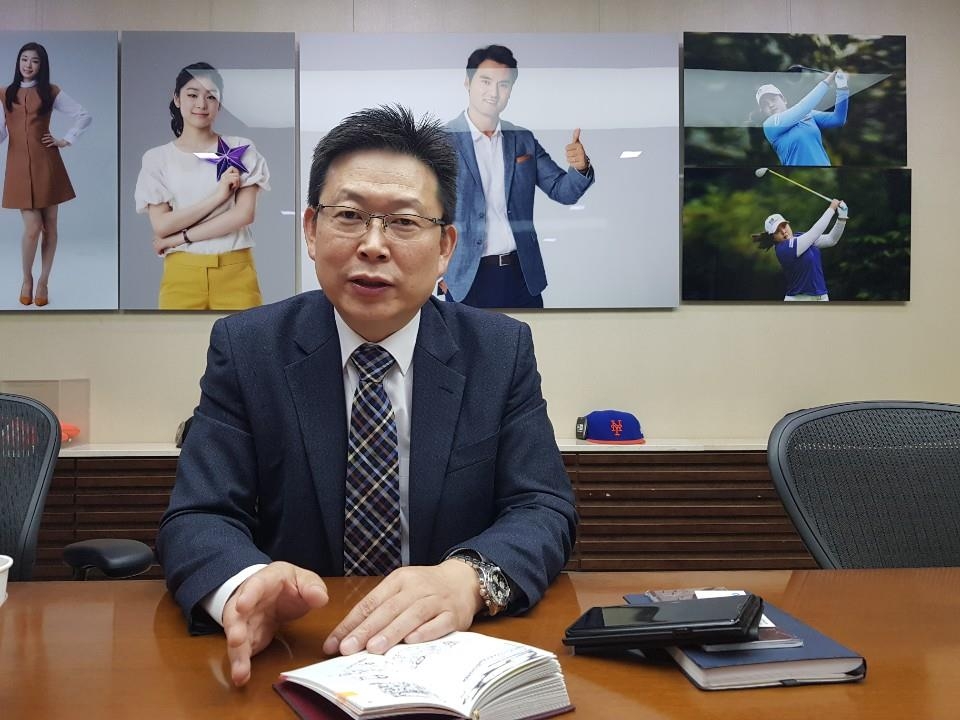 In particular, local lenders are seeking to foster the PB business as a new growth engine as they struggle with lower interest income and a limited business portfolio.

They have been dividing rich customers into two groups -- one comprising customers who deposit at least 300 million won and the other for those putting in over 1 billion won, according to the Korea Federation of Banks (KFB).

"They are moving to lower the threshold for the former group of PB customers to 100 million-200 million won to woo more customers," a KFB official said.

But the commercial lender sharply jacked up the bar for its PB services in accordance with the country's economic growth and an increase in real estate prices.

Finally, high returns from investments in homes and other properties have also generated a sizable non-wage income for households, particularly in the past five years.

Hong Ji-won -- an alias -- a 45-year-old office worker in Seoul who lives in her parents' home, is one of those who have earned hundreds of millions of won from her investments since 2015. She has two apartments in the affluent Gangnam area.

"I took some loans from banks at low rates for the investments. I sold one of them at the end of last year. I have arranged a meeting with a private banker in my neighborhood as I want to manage the money based on his advice," she said.

They offer "total solutions" for asset management composed of advice on real estate investment, ways to cut capital transfer taxes and legal services required to manage property and other assets.

The four lenders operate a total of 80 PB centers in which 354 private bankers serve high-wealth customers in Asia's fourth-biggest economy, according to the banks.

Shinhan Bank, which boasts 28 PB centers and 128 private bankers -- the largest figures among the banks -- said it will attract as many high-wealth individuals and corporate clients as possible, as it aims to foster its PB services into a new growth driver.

In extended efforts to woo more clients, Shinhan and KEB Hana even provide matchmaking services to the children of their PB customers, leading to some "successful marriages."