SEOUL, Jan. 6 (Yonhap) -- During this baseball offseason, South Korean veteran reliever Oh Seung-hwan found himself uniquely qualified to offer advice to two countrymen who will play in major league cities where Oh has pitched before.

First, it was left-hander Kim Kwang-hyun, who left the Korea Baseball Organization (KBO) to sign with the St. Louis Cardinals, for whom Oh pitched from 2016 to 2017. Then former Los Angeles Dodgers starter Ryu Hyun-jin joined the Toronto Blue Jays, where Oh spent the first half of the 2018 season before being dealt to the Colorado Rockies.

Oh had earlier predicted success for Kim in St. Louis. And he also believes Ryu will make a seamless transition from the Dodgers to the Blue Jays. 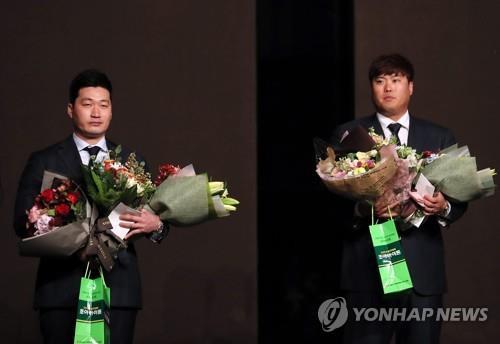 Ryu called the pitcher-friendly Dodger Stadium his home for seven years, and he will be moving into Rogers Centre, one of the most hitter-friendly parks in the majors. That the Jays will be facing the vaunted lineups of the New York Yankees and the Boston Red Sox 19 times each in the American League East also doesn't seem to help Ryu's chances of replicating his past success.

And Oh said Monday that he doesn't agree with the prevailing view that Ryu's numbers will take a hit pitching against AL East mashers.

"Ryu Hyun-jin has a great changeup and throws other breaking balls really well," Oh said. "Most of the AL hitters I faced had huge swings, and if Hyun-jin can continue to work the hitters with his smarts and guile, he should have no problem at all." 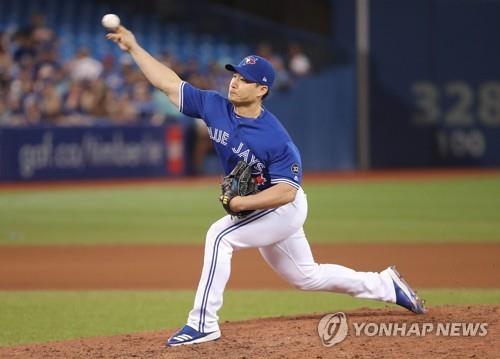 Oh said the sample size is still very small and added, "Once Hyun-jin breaks down those AL East hitters, it'll be a much different story."

The Blue Jays are the only Canadian team in the majors, meaning every road trip for the club will be across the border. Having to go through customs so often can be cumbersome for athletes, and it has apparently discouraged athletes from signing with Toronto teams.

Oh admitted traveling can be difficult, but it was nothing he couldn't handle.

"There are a lot of Korean people living in Toronto, and it can be really helpful," Oh said. "I don't think life in Toronto will be that much different from the one in Los Angeles."

Oh offered Ryu some practical advice, warning him against notorious traffic jams in downtown Toronto and recommending Ryu find a place near Rogers Centre in the southern part of the city.

Ryu would do well to learn from an incident involving former Toronto Maple Leafs hockey player Mikhail Grabovski during his time in Canada.

Stuck in a traffic jam in downtown Toronto on a game day, the Belarusian forward abandoned his car in the middle of the road and ran two blocks to get to Scotiabank Arena, so he could make it to the rink on time. The Leafs' veteran equipment manager Bobby Hastings was dispatched to retrieve Grabovski's car afterward.