SEOUL, Jan. 6 (Yonhap) -- Prosecutors on Monday raided the headquarters of Kolon Group, as part of their investigations into alleged fraud in the listing of an affiliate involved in the development of the group's controversial gene therapy drug, Invossa.

Prosecutors and investigators from the Seoul Central District Prosecutors Office searched management support and other offices of Kolon Group in Gwacheon on the southern outskirts of Seoul to secure documents related to the listing of Kolon TissueGene.

The prosecution has been looking into suspicions that the group manipulated the accounting books of Kolon TissueGene, which had played a key role in the development of Invossa, by reflecting some of its technology export down payments into its accounting in advance before listing the company on the tech-heavy KOSDAQ market in November 2017. 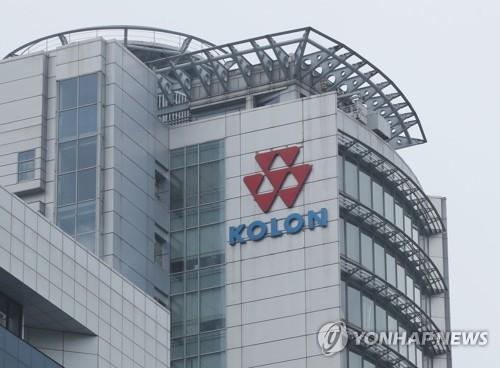 The Invossa scandal erupted last year, when the Ministry of Food and Drug Safety revoked its approval of the cell and gene therapy for osteoarthritis, after its license holder, Kolon Life Science, a unit of Kolon Group, was found to have falsely reported an ingredient used in the drug and violated labeling rules.

Invossa was approved in July 2017, but its distribution and sales were suspended in March last year. During the period, the drug, which cost about 7 million won (US$5,990) per dose, was administered 3,707 times at 438 hospitals and clinics nationwide.

Prosecutors allege that the inclusion of the falsely reported ingredient in Invossa constitutes an act of fraud against its consumers.

The CFO of Kolon TissueGene, identified only as Kwon, and an executive of Kolon Life Science, surnamed Yang, have already been put under arrest on charges of being involved in the alleged listing fraud of the Kolon company.

Last month, prosecutors requested an arrest warrant for Lee Woo-suk, CEO of Kolon Life Science, on charges of committing fraud in the sales of Invossa, but a Seoul court rejected the request.

Prosecutors will soon decide whether to again ask for an arrest warrant for Lee.

A key material used in Invossa came from a kidney cell instead of from cartilage as stated in the document submitted for approval, according to prosecutors and government regulators. They also suspect that the company had intentionally submitted false data to the authorities in the process of obtaining an item approval for Invossa.