SEOUL, Jan. 6 (Yonhap) -- The United States flew surveillance aircraft over the Korean Peninsula on Monday, an aviation tracker said, amid simmering tensions over possible provocative acts by North Korea after it warned of a "new strategic weapon."

This type of aircraft was last spotted over the peninsula on Wednesday, according to the aviation tracker. Several other surveillance aircraft, such as the EP-3E and the RC-135S, have conducted operations here often in recent weeks.

The latest flight came amid growing concerns over its provocative acts ahead of the birthday of its leader Kim Jong-un that falls on Wednesday.

Wrapping up a rare four-day party plenum last week, Pyongyang said it no longer feels bound by the self-imposed moratorium on nuclear and long-range missile tests, and warned that the world would witness a new strategic weapon "in the near future" amid stalled denuclearization talks with the U.S. 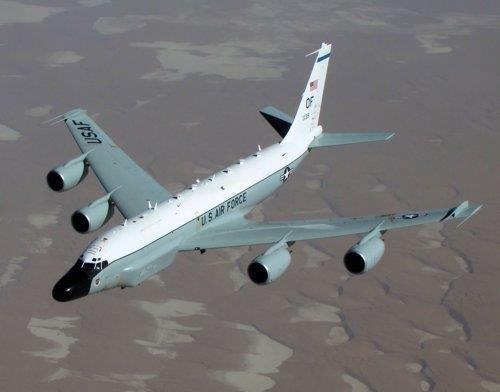