SEOUL, Jan. 6 (Yonhap) -- The government convened a working-level interagency meeting Monday to discuss measures to cope with escalating tensions in the Middle East in the wake of last week's killing of a top Iranian general by U.S. forces.

Tensions spiked between Washington and Tehran after Gen. Qassem Soleimani, head of Iran's elite Quds Force, was killed in a U.S. drone strike in Iraq on Friday. Tehran vowed retaliation, and U.S. President Donald Trump threatened to strike back if Tehran attacked Americans or U.S. assets.

Further aggravating the tensions, Iran announced it would no longer abide by the limits under the 2015 nuclear deal that Washington withdrew from in 2018.

Monday's interagency meeting focused on assessing the situation so far and discussing ways to ensure the safety of Korean vessels, flights and energy supplies and protect South Korean exporters in the region, the ministry said in a release.

Related agencies will work closely together to respond actively to worst-case scenarios and any developments concerning the economy and safety of South Koreans, the ministry said after the meeting presided over by Hong Jin-wook, director-general for Africa and Middle East affairs.

Also present at the meeting were officials from ministries of defense, industry and oceans, as well as those from the National Security Office and the Office for Government Policy Coordination, it added.

On Sunday, the foreign ministry launched a team, led by First Vice Foreign Minister Cho Sei-young, to deal with the situation in the Middle East.

The tensions have posed a fresh diplomatic challenge to Seoul at a time when it is seeking greater U.S. engagement with North Korea to move the stalled denuclearization talks forward.

Observers say the unrest stemming from Iran might also affect Seoul's decision on its contribution to the U.S. operation to protect maritime security in the Strait of Hormuz. Reports have said Seoul is mulling sending troops or other non-military options for the contribution.

The number of South Koreans in Iraq and Iran stands at about 1,600 and 290, respectively. There are also 150 and 700 South Koreans in Lebanon and Israel each. They are currently safe, government officials said earlier. 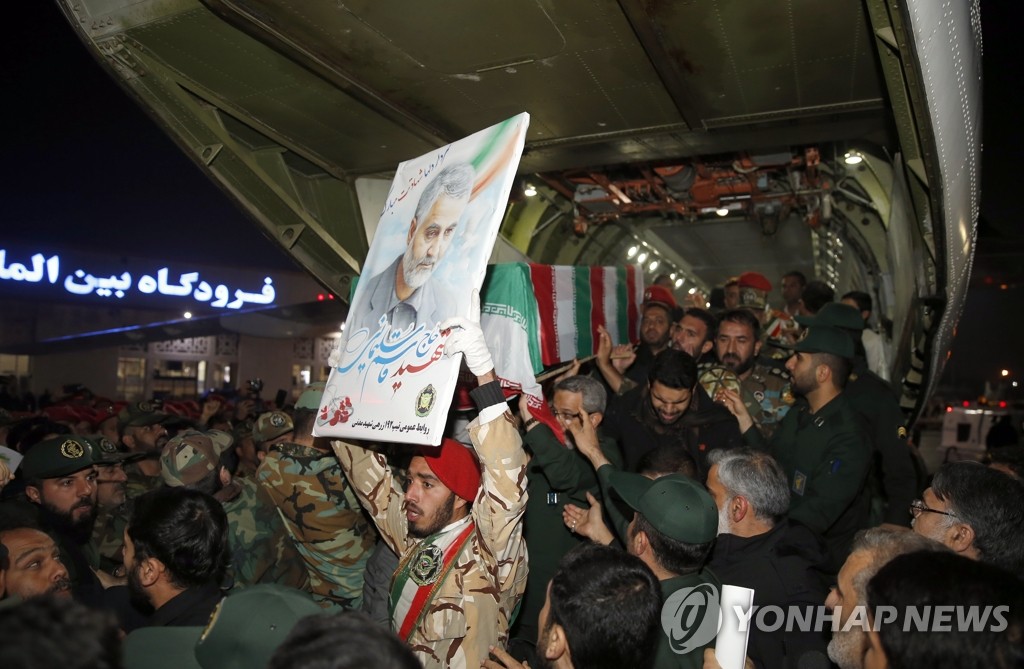