SEOUL, Jan. 6 (Yonhap) -- U.S. Forces Korea declined Monday to confirm a news report that the type of strike drones used in the recent killing of a top Iranian general has been deployed to South Korea.

About four were reportedly deployed at the U.S. military's Kunsan Air Base, located in South Korea's western city of Gunsan, since late last year, the report said, citing an unidentified a U.S. intelligence source.

"Per USFK policy, we do not discuss military capabilities or assets on the peninsula due to operational security purposes," USFK said in a brief statement.

The U.S. military has had 12 MQ-1C Gray Eagle combat drones on the Korean Peninsula since February 2018, with the USFK's 2nd Infantry Division in charge of their operation.

Capable of high-definition surveillance, the MQ-1C is known to carry four air-to-ground anti-armor missiles, allowing the U.S. military to hit targets across the border in North Korea. 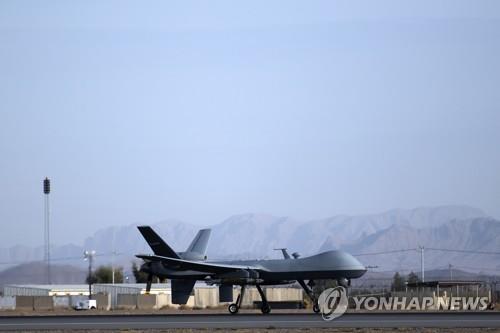