Han Jong-hee, president of Visual Display at Samsung, said the company has developed a TV that doesn't require a cord running from the set to the power outlet.

"We have developed one (cordless TV)," Han told reporters after the Samsung TV First Look event in Las Vegas, Nevada, ahead of the Consumer Electronics Show (CES 2020). "But to show that product here, we also have to do some construction work on the walls." 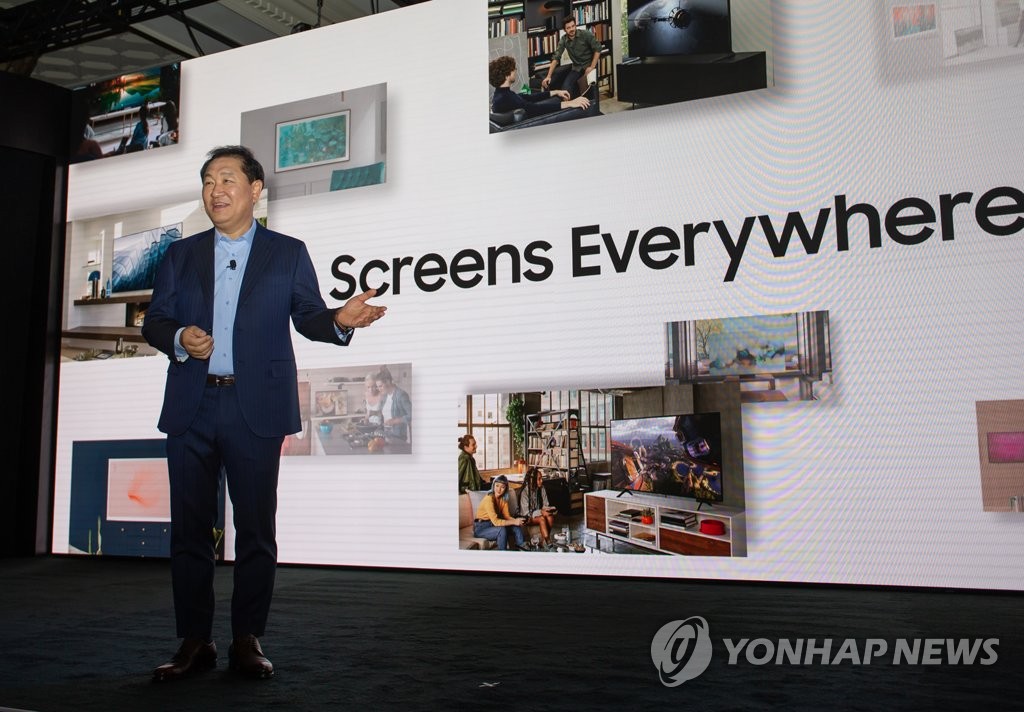 With the company's current technology, Han said it can transfer power wirelessly about two meters, but that will not be enough to power the TV stably considering the structure of walls and other device settings.

"Wireless power transfer currently shows poor power efficiency to turn on the TV," he said. "If we launch the product today, consumers have to find their own ways to solve that power issue."

Han, however, vowed that Samsung will work hard to release a truly cordless TV in the future.

"What we want to see in the future is getting rid of power cords," he said. "To do so, we have to put more efforts to develop related technologies."

"Transforming walls and windows into screens, we'll defy the limits of conventional space," he said. "This is the 'Screens Everywhere' era I'd like to create where our homes adapt to our changing needs and add even more value to your life."