According to the Royal Palaces and Tombs Center under the Cultural Heritage Administration, the number of visitors to Gyeongbok Palace, Changdeok Palace, Changgyeong Palace, Deoksu Palace, Jongmyo Shrine and Joseon Dynasty royal tombs nationwide increased 17.8 percent to reach an all-time high of 13,386,705 in 2019. 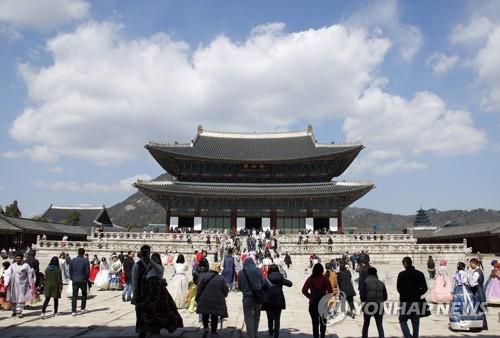 The number of foreign visitors to the Joseon palaces and tombs totaled 2.57 million last year, an increase of 21.2 percent from the previous year.

The total number of visitors to the royal palaces and tombs peaked at 1.69 million in October, followed by 1.52 million in May.