SEOUL, Jan. 7 (Yonhap) -- President Moon Jae-in is scheduled to deliver his formal New Year's address at Cheong Wa Dae on Tuesday, in which he will clarify the government's policy priorities this year.

He is expected to focus on three major issues: revitalizing the economy, fostering social justice through reform and improving inter-Korean relations. His speech will be broadcast live from 9:30 a.m. shortly before he presides over the first Cabinet meeting of 2020. 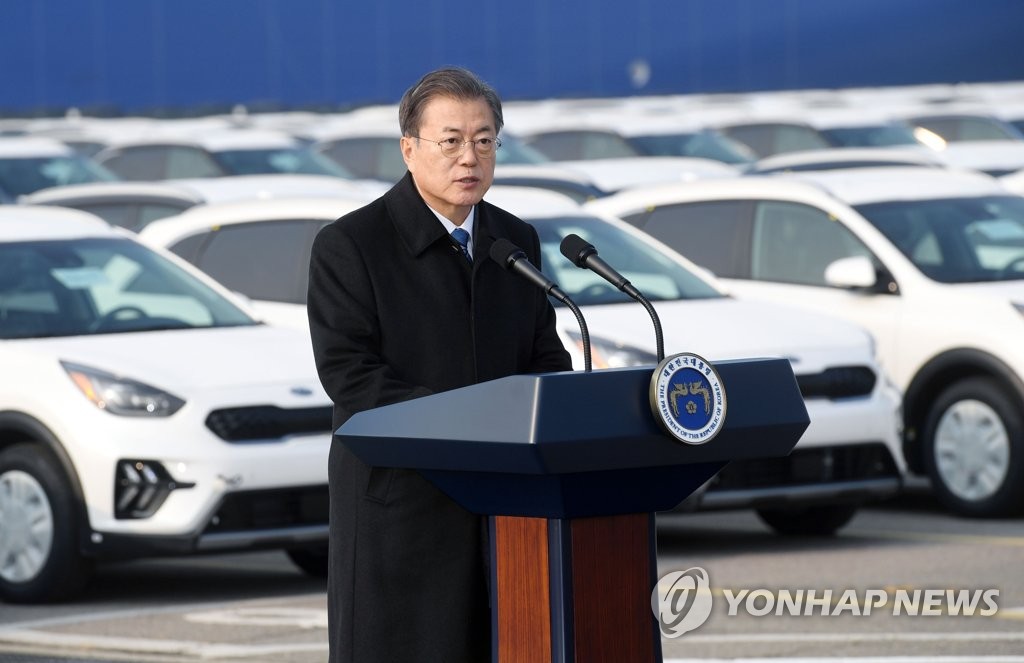 Last week, he addressed two public events outside Cheong Wa Dae. He pledged every effort for "clear change," a fresh slogan of his state affairs, which apparently reflects his pursuit of substantive policy accomplishments in the fourth year of his presidency.

Also drawing keen attention, in particular, is his message toward North Korea, as he said his government would seek to "widen room to maneuver" in Seoul-Pyongyang ties for the establishment of a "peace community."