Rep. Lee Eun-jae of the main opposition Liberty Korea Party also said Seoul's intelligence officials believe North Korea has decided not to engage in nuclear talks, which entail negotiations toward its abandonment of nuclear weapons in exchange with the lifting of international sanctions.

The lawmaker, who sits on parliament's intelligence committee, made the remark during a news briefing on Seoul intelligence officials' analysis of the plenary meeting of the Central Committee of the North's ruling Workers' Party at the end of last year.

According to North Korea's media, Kim pledged to show a "new strategic weapon" to the world, expressing frustration over stalled nuclear talks with the United States.

"South Korea is currently taking a close look at the possibility that North Korea may end its moratorium on the testing of nuclear weapons and intercontinental ballistic missiles (ICBM)," Lee said.

As the "new strategic weapon," the authorities believe North Korea may be developing advanced versions of an ICBM or a submarine-launched ballistic missile (SLBM).

She added Seoul officials also consider it possible that the North may seek to develop an ICBM that can carry a multiple independently targetable reentry vehicle (MIRV), which enables a missile to deliver multiple nuclear warheads to different targets.

"Should the relationship with the U.S. further deteriorate, Pyongyang may soon unveil the new weapon," Lee said, citing intelligence authorities.

Concerning the latest reshuffle of Pyongyang's leadership, Kim's decision to appoint his younger sister Kim Yo-jong as a first vice department director reflects his tendency of having problems in trusting others, the lawmaker said. 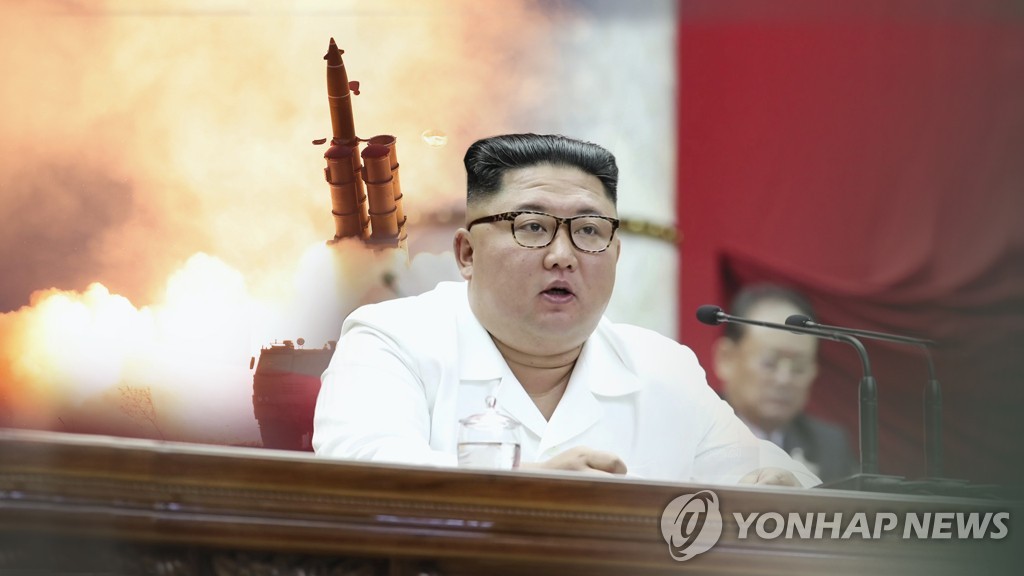