Moon Chung-in spoke at a public seminar in Washington, saying also that it is time for the North Korean regime to return to the negotiation table to discuss possible terms of an agreement.

"The United States needs to be more flexible and realistic," he said at the Center for the National Interest. "You cannot really pursue the strategy of 'denuclearize first, and we'll reward you.' That won't work."

The U.S. has insisted that North Korea first take significant steps toward dismantling its nuclear weapons program before Washington offers sanctions relief and other concessions sought by Pyongyang.

North Korea has balked at the demands, saying the U.S. should first withdraw its "hostile policy" toward Pyongyang. 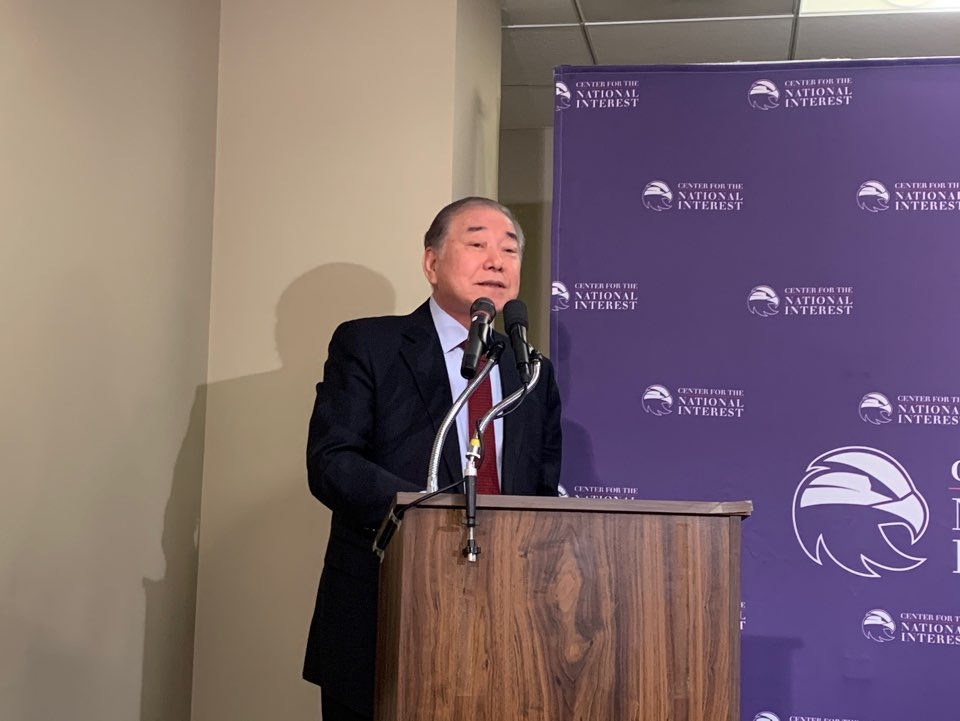 Citing a report by American political scientist Van Jackson, Moon suggested that under the overarching goal of achieving North Korea's denuclearization, the U.S. should consider signing a peace treaty with the North and reducing U.S. forces in South Korea in return for steps toward denuclearization.

He also said the U.S. should think about providing sanctions relief with a "snapback" clause to ensure that the sanctions are reimposed in the event that North Korea reneges on its commitments.

Another option he suggested was to amend a recent draft U.N. Security Council resolution proposed by China and Russia on easing sanctions on North Korea.

He said the current proposal is "flawed" because it does not require North Korea to take denuclearization steps but that the U.S., Britain and France can seek a creative solution.

"It's time for North Korea to come back to the negotiation table and try to find some kind of a negotiated settlement," Moon said. "There's a complete parallel between Washington and Pyongyang and both sides need to come up with some kind of compromise approach. And also, the U.S. needs to be more bold."